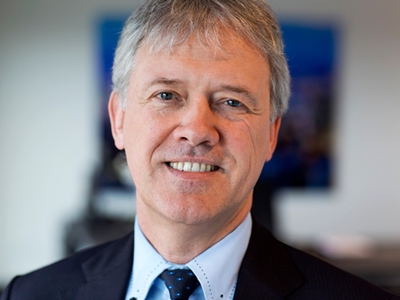 Having posted record sales of €6.3 billion in 2015, ASML is confident of hitting a new set of performance targets with its extreme ultraviolet (EUV) lithography systems this year.

The Veldhoven company’s CEO Peter Wennink told investors that 2016 would represent the final year of EUV tool development, before systems destined for mass production of semiconductor chips start shipping to customers in 2017.

Those customers are then expected to spend around a year refining their processes and getting the equipment fully qualified before the era of EUV-based chip production finally begins from 2018 onwards.

Wennink added that one of the key performance targets for 2016 was to demonstrate productivity of 1500 wafers per day. That does not look to be far out of reach, with the latest NXE:3350B EUV tool already achieving 1250 wafers per day late last year.

The aim for this year is to improve the average availability figure to 80 per cent, with the company also expecting to ship six or seven EUV systems throughout the year. If all goes according to plan, ASML expects to deliver 12 production-ready systems in 2017, with the total doubling each year after that as the technology matures and becomes more widespread.

“Moore’s law is here to stay for a pretty long time,” Wennink said, pointing out recent pronouncements by chip-making customers to back up the belief that EUV will be the driving force behind it.

Transmission optics aid throughput stats
Although the powerful carbon dioxide drive laser around which the EUV light sources are built remains the same in the latest tools, improved laser optics and an in situ cleaning mechanism to keep the EUV optics clear of debris are now included.

The optics offer higher transmission, ultimately meaning that silicon wafers can be exposed more quickly – thus improving the throughput figures. ASML did not specify details of the optics, although it is likely that synthetic diamond components made by the likes of Element Six are part of the upgrade.

With the latest versions of the NXE:3350B tools having only recently been shipped to customer sites, it will likely be around six months before those customers are able to report back with throughput and availability statistics to reinforce ASML’s claims. Chip makers will likely ramp the power capability of the tools slowly, Wennink suggested.

Looking at the more immediate future, the CEO is expecting something of a quiet start to 2016, before demand for the current generation of deep-UV lithography equipment grows in the second quarter as makers of logic chips start ordering and qualifying tools to ramp production of their newest devices – generally referred to as the “10 nm node” – in 2017.

Although ASML’s executive team would not be drawn into forecasting the company’s full-year sales for 2016, they did reiterate the long-term goal of increasing annual revenues to €10 billion by 2020 – something that will rely on EUV technology taking root in semiconductor fabrication facilities globally.

The latest full-year sales total of €6.3 billion represented around a 7 per cent jump on 2014. ASML also sold 144 new lithography systems during 2015 – up from 116 systems the previous year. 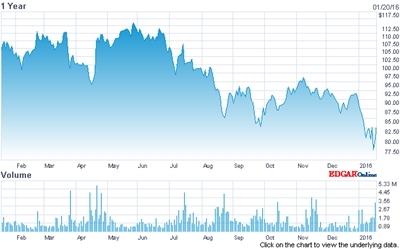 • Following the financial update and investor conference call, ASML’s stock price rose by around 4 per cent in early trading on the Nasdaq exchange - on what was already shaping up to be another day of significant losses on Wall Street.

With its stock trading at just over $83 on January 20, ASML's market capitalization stood at nearly $36 billion as CFO Wolfgang Nickl announced an increased shareholder dividend and another €1 billion buy-back of shares as evidence of the company’s confidence in its long-term prospects.