Latest missives focus on the laser firm's rejection of the activist investor's proposals for new board members. 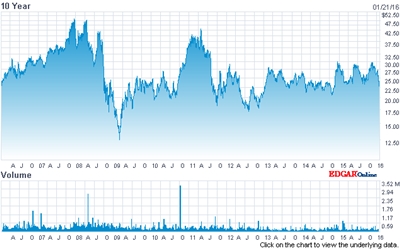 The simmering row between industrial laser firm Rofin-Sinar and one of its largest investors has stepped up, with the two parties now firmly at loggerheads over proposals for new company directors.

SilverArrow Capital Partners, the activist investor in question, last week revealed the three people that it wants to see elected to the Rofin board of directors at the firm’s forthcoming annual meeting of stockholders.

However Rofin had already said that it only considered one of the proposed three – hotel and luxury handbag executive Gebhard F. Rainer – as suitable for such a role. The two proposals rejected by Rofin outright were SilverArrow CEO Thomas Limberger and Jordan Kovler, cited as an expert in corporate governance. SilverArrow has been highly critical of Rofin's governance, which it claims has been compromised by the interests of its long-standing board members.

Aside from declaring that SilverArrow “does not understand Rofin’s business”, the industrial laser company rejected Limberger on the basis that he had a “track record of stockholder value destruction”. That accusation refers to sharp falls in the stock price of Swiss industrial equipment firms Oerlikon and Von Roll. Limberger has been CEO of both companies previously.

As for Kovler, Rofin said that the 36-year-old “completely lacks any relevant experience”, and even brought up a 2012 court case as reason to question the management consultant’s character and judgment. SilverArrow has since retorted that the case referred to a “traffic infraction”, and again highlighted “very serious” allegations about current Rofin director Daniel Smoke.

Mud-slinging
The war of words is set to come to a head at Rofin’s next annual meeting, although the date and location for that are yet to be set. Last year’s annual meeting took place in Tempe, Arizona, in early March.

With both the activist investor and Rofin’s existing management team making increasingly antagonistic accusations, the meeting looks more than likely to be acrimonious.

In its latest missive, SilverArrow described Rofin’s January 14 letter to shareholders – in which it dismissed the nominations of Limberger and Kovler – as “deceptive and misleading”.

Although SilverArrow said it had no interest in joining what it called Rofin’s “mud-slinging contest”, it has previously accused the company of misusing funds in relation to an agreement with board member Carl Baasel, and drew attention to the allegations of fraud involving Smoke – allegations that Rofin says were dismissed by a court.

The activist investor added: “The [Rofin board’s] offensive remarks about the qualifications of SilverArrow’s director slate amount to petty gossip, drawn from questionable sources and lack any substance.”

That relates in part to Rofin’s reference of a Bilanz magazine retrospective article on difficulties at the 200-year-old Von Roll that dubbed Limberger "Kapitän des Untergangs", or "Captain of Doom". SilverArrow further accused Rofin of using private investigators under false pretences to obtain information on its director nominees.

While the value of Von Roll is said to have halved during his tenure as CEO, Limberger’s period at the company coincided with the 2008-2009 financial crisis. SilverArrow also claims that Limberger chose to resign from Oerlikon after a disagreement over company strategy, refuting Rofin’s suggestion that he was dismissed. 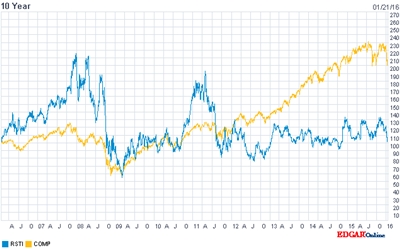 Rofin vs Nasdaq Composite (past ten years) - click to enlarge

Limberger and SilverArrow also point to large increases in sales at Oerlikon as a result of his stewardship, while Rofin attributes any such turnaround to “debt-fueled acquisition sprees” that it says destroyed value over the longer term.

SilverArrow says that it will now solicit stockholders to support its three director nominations. Rofin is expected to file its own recommendations for the company’s board with the US Securities & Exchange Commission (SEC) ahead of the annual meeting.