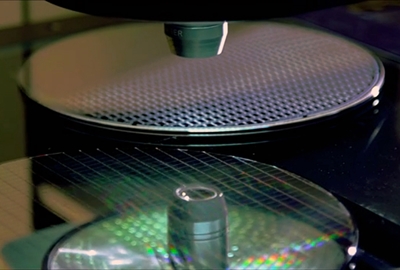 The diversified photonic component and materials company II-VI is set to add substantially to its laser manufacturing capacity through two new acquisitions.

The EpiWorks deal could also see an earn-out of up to $6 million payable, bringing the total value of the two deals to $110 million.

II-VI wants to use the acquisitions to scale its manufacturing capacity for laser diodes – and to make vertical-cavity surface-emitting lasers (VCSELs) in particular.

The Pittsburgh-headquartered firm said: “These acquisitions will further position the company to serve fast-growing markets addressed by VCSELs. VCSELs provide unique advantages in a variety of applications in consumer electronics, data centers, sensing, medical and industrial markets and are expected to grow at greater than 20 per cent a year.”

Crucially, both EpiWorks and Anadigics have long-standing expertise in epitaxy, the deposition technique used to fabricate the active light-emitting layers in the structures of laser diodes.

CEO: investment “needed now”
It looks as if II-VI was particularly keen to expand its existing laser diode capacity, which was largely gained a couple of years ago when it acquired large chunks of optical communications component maker Oclaro.

Anadigics had previously set up a merger deal with RF-focused GaAs Labs, before something of a bidding war saw II-VI end up offering more than twice the original amount agreed between Anadigics and GaAs Labs.

II-VI said in a release announcing the two acquisitions: “Anadigics brings to II-VI a high-volume foundry unmatched in the production of 6-inch gallium arsenide wafers. The acquisition of this foundry adds capacity more quickly and economically than building it new.”

More specifically, the addition of Anadigics’ 150,000 square foot site at its headquarters in Warren, NJ, brings with it what is claimed to be the industry’s first process for fabricating VCSELs on 6-inch gallium arsenide wafers – which the company had recently introduced as a foundry offering.

VCSELS offer superior performance to LEDs for sensing applications in wearable devices and gesture-recognition interfaces, and Anadigics had previously determined that a shift from smaller-diameter wafers would be necessary for the more advanced devices to compete economically.

“Our engagement with key customers in these and other markets has been sufficiently compelling to lead us to believe that this investment is needed now.”

Beyond the foundry model
Meanwhile the EpiWorks acquisition will add another 25,000 square feet of Class 1000 clean room epitaxial foundry space, with the company set to become known as “II-VI EpiWorks”. Its sales, marketing and technology chief Dave Ahmari said:

Ahmari and CEO Quesnell Hartmann – who will remain on board as general manager of the II-VI unit - reckon that hooking up with II-VI will go “beyond the typical epiwafer foundry model” by offering a new level of sophistication, flexibility and capability that is now needed in addition to merely providing extra manufacturing scale.

“The vision is to drive the semiconductor technology roadmap by offering a broad-based platform that can serve the diverse needs of today’s semiconductor devices and applications,” Hartmann said. “Not only will we target next-generation performance, but we will use new technology and methods to aggressively reduce costs in high-volume products."

He added: "Our industry is at a crossroads, and those who can innovate and scale will certainly build a sustained advantage. By joining with II-VI, we have the resources and capability to make this vision a reality."

In the area of gesture recognition the combined entities will be up against the likes of Lumentum – until recently the optical components division of JDSU. It has worked closely with big-hitter Microsoft on the development of VCSEL-based 3D sensing for the highly successful Xbox gaming console.

II-VI, which is set to report its latest quarterly financial results January 26, had announced plans to increase its laser diode output as recently as last week – with the addition of a new 980nm pump laser assembly line in the Philippines.

While technically subject to shareholder approval, the incorporation of EpiWorks should go ahead without delay and be completed by the end of this month. The Anadigics deal requires a tender offer for all outstanding common stock, which will take a little longer.