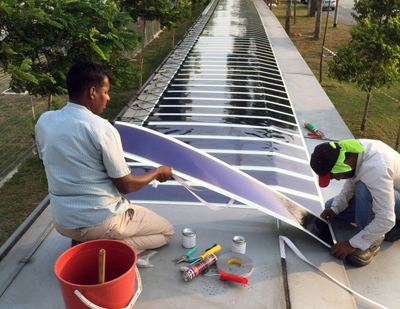 The World Economic Forum Annual Meeting, which is taking place in Davos-Klosters, Switzerland, from January 20-23, will bring together many of the world’s leading politicians, financiers and figures from commerce and industry, to discuss current issues and form collaborations to capitalize on business opportunities.

Among them will be several photonics “technologies pioneers”, such as organic solar film developer Heliatek, from Germany, and artificial daylight company Coelux, from Italy (see below).

Heliatek will be presenting its disruptive technology of organic solar films. Thibaud Le Séguillon, Heliatek's CEO, who will interact with global leaders from across business, government, and industry, commented, “We will use this great opportunity of the Annual Meeting to present our de-centralized, de-carbonized, solar energy harvesting technology. It is highly disruptive to the current energy model of large, polluting, CO2-emitting electricity producers by offering clean, local energy generation. Our HeliaFilm forms an intricate part of what we call the Fourth Industrial Revolution.”

Heliatek was recognized last year as one of the World Economic Forum's Technology Pioneers, and was the only German start-up amongst the selection of 49 companies from 10 countries. The Dresden-based company develops and manufactures electricity-producing HeliaFilm, an ultra-lightweight, flexible, solar film, which is less than 1mm thick. Heliatek is a leader in the field of organic electronics energy and holds the world record for an organic solar cell with an efficiency of 12%. It also won the Renewable Energy Design Award 2015 at the Elektra European Electronics Industry Awards.

After the successful market entry of HeliaFilm integrated with building materials such as glass and concrete, the company entered the PVC membrane segment in a partnership. HeliaFilm is already at the heart of a significant project in Singapore, which provides a test-bed platform for new sustainable, urban-fit technologies. The solar film will be implemented on steel and glass using various versions of transparencies and colors.

The WEF’s Technology Pioneers 2015 were selected from among hundreds of applicants by a selection committee of 68 academics, entrepreneurs, venture capitalists and corporate executives. Notable members of the committee include Arianna Huffington (Huffington Post) and Henry Blodget (Business Insider). The committee based its decisions on criteria including innovation, potential impact, working prototype, viability and leadership. Past recipients include Google (2001), Wikimedia (2007), Mozilla (2007), Kickstarter (2011) and Dropbox (2011). 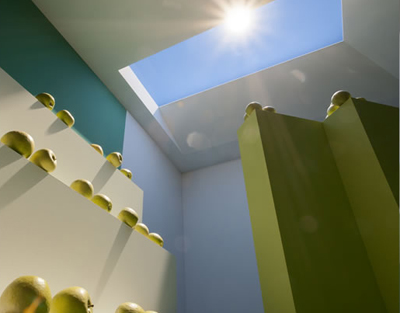 Another technology pioneer, presenting at the World Economic Forum, this week, in the Energy / Environment / Infrastructure category is CoeLux, the developer of so-called “nanotech windows”, which are capable of precisely reproducing sky and sun light thus enhancing emotional health and well-being indoors.

CoeLux’s technology delivers the same illumination quality, window image and infinite depth perception as a real and wide roof aperture onto a clean and sunny sky. It promises to transform the feel of architectural spaces that have no direct access to natural light – in settings including healthcare, retail and office.

The Coelux technology can reproduce the lighting condition experienced in buildings in different locations around the world, including the light of Northern Europe, the Mediterranean and the Tropics. the principles of its operation are given by Founder and CEO Paolo di Trappani in the following video: