Investment now available for high-tech manufacturing proposals in Europe - but closing on January 21. 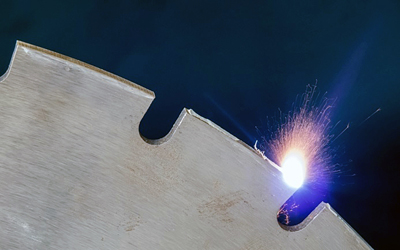 Laser-based manufacturing is a back-bone of modern production technologies.

The deadline for the Factories of the Future call from the European Commission ("FOF-13" – Photonics Laser-based Production) is fast approaching. Project proposals can be submitted for research and innovation actions as well as for innovation actions but they must be received by January 21 2016 – next Thursday.

The €30 million call is inviting proposals from partnerships developing technology solutions connected with laser based manufacturing, in particular to address the topics: "From design to piece" – Excellence in laser-based additive industrial manufacturing – and “Rapid individualised laser-based production”. Further details and terms are given on the EC website. and on slides from an EC-led Factories of the Future conference held in Brussels in December 2015.

The statement published on the Photonics21 website says “laser-based manufacturing has recently become very competitive and is one of the back-bones of modern production technologies; highly accurate mass production is available for a wide range of products in a wide range of industries. The trend to individualisation requires a high degree of digitization as well as tools and systems, which are highly autonomous and automated to reduce production time and costs.”

It adds that additive manufacturing now offers a number of advantages over conventional manufacturing including the unprecedented freedom of design for example in terms of geometry, material composition and intrinsic properties of the work piece.

Whilst laser-based AM is used for prototyping and has begun to penetrate some smaller markets, it is not yet competitive on a larger scale especially with respect to production speed and costs. In order to increase the productivity of laser-based AM and to bring it a significant step further towards industrial manufacturing a better mastering of all stages of the process chain and their interaction is necessary.

The Factories of the Future presentation from the December meeting described some of the expected impacts of laser and photonics-based manufacturing innovations to come: more efficient, more flexible and higher throughput of individualised laser-based production; and improved competiveness and strengthening of Europe's market position in the laser-based manufacturing industries, considering equipment, suppliers and the end-user industries. Successful individual projects can expect funding packages typically between €2 million and €4 million, although other awards are possible.