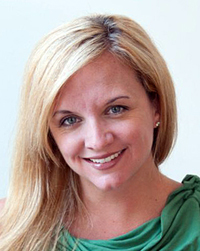 The Intellectual Property and Science business of Thomson Reuters, has announced its latest release of "The World's Most Influential Scientific Minds", a citation analysis that identifies the scientists—as determined by their fellow researchers—who have made the most significant impact in their fields of study. Among the top 19 leading highly-regarded scientists from around the world is a significant number, whose chosen field is photonics or closely allied to it.

The so-called “2015 Hottest Researchers” ranking spotlights the scientific community's emerging trends and 19 greatest innovators, who have recently published at least 14 papers with notably high levels of citations. The list was identified by tabulating citations within the Web of Science, recorded during 2014 for papers published between 2012 and 2014.

“We are pleased to recognize the world’s most influential scientific minds; the innovators forging a path toward a brighter tomorrow,” said Vin Caraher, president Thomson Reuters IP & Science. “Citations serve as strong and reliable indicators of the work scientists judge to be most critical to ongoing global research.” 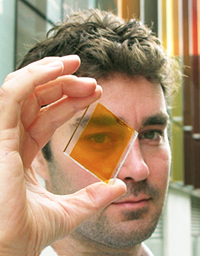 No. 1 Prof. Stacey B. Gabriel of the Broad Institute of MIT and Harvard tops the list for the second consecutive year for her contributions to the Cancer Genome Atlas project, providing molecular portraits of tumors afflicting the breast, lung and other areas. Reflecting the importance of this field, a further five scientists from the same institute and also working in genomics research are also placed in the top 19: Eric Lander, Gad Getz, Matthew Meyerson, Michael Lawrence and Kristian Cibulskis.

No. 2 Henry Snaith The cited scientists working in photonics – notably in the field of perovskite-based photovoltaics – are led by Thomson Reuters “hot researcher” newcomer, Oxford University’s Prof. Henry J. Snaith, a physicist and materials scientist, who has been working on perovskite solar cells to advance solar energy technology. 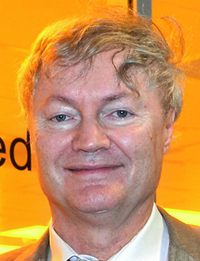 Prof Snaith is also co-founder and chief scientific officer (since 2010) of Oxford Photovoltaics to commercialize the solar technology transferred from his laboratory at the University of Oxford.

No. 7 Prof. Michael Grätzel is a Swiss scientist from EPFL (Lausanne) best known as the “father of artificial photosynthesis". Prof Grätzel is the inventor of the dye-sensitized solar cell. This low-cost solar cell unlike traditional silicon solar cells, mimics the ability of plants to capture photons of light and turns them into electricity. This invention won him the prestigious 2010 Millennium Technology Prize, which recognized his solar cells as a more affordable way of harnessing solar energy.

Singapore NTU Visiting Prof Grätzel is also Chairman of its Scientific Advisory Board of the Energy Research Centre at NTU and also Director of its Centre for Nanostructured Photosystems. He received an honorary Degree of Doctor of Engineering from NTU in 2011. He is working on new types of solar cell and nanomaterials including perovskites. 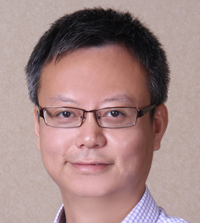 No. 12 Prof Zhang Hua is among the world's most respected materials scientists and chemists, having developed various types of nanomaterials for applications in biosensing, opto-electronic devices, water treatment and clean energy. These nanomaterials include graphene, noble metal nanostructures like gold. Since he joined Singapore NTU's School of Materials Science & Engineering in 2006, Prof Zhang has filed over 60 patents and published over 350 papers in top tier journals, with over 22,500 citations.

No. 14 Prof. Yang Yang is Carol and Lawrence E. Tannas Jr. Endowed Chair in Engineering at UCLA. Prof. Yang, who previously served on the research staff of UNIAX (now DuPont Display) in Santa Barbara until 1996, is a materials physicist with expertise in the fields of organic electronics, organic/inorganic interface engineering, and the development and fabrication of related devices, such as photovoltaic cells, LEDs, and memory devices.

Prof Yang’s notable contributions to the field of organic photovoltaics are an enhanced understanding of polymer morphology and its influence on device performance; the invention of the inverted organic solar cell, the inverted tandem solar cell, photovoltaic polarizers for LCD applications, and transparent OPV devices. Together with Solarmer Energy Inc. (spun-off from UCLA) and Prof. Luping Yu at the University of Chicago, he has taken part in the creation of several world record cells in OPV. 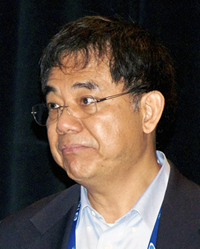 The Thomson Reuters study includes an 11 year assessment of research paper citations to determine the leaders within 21 broad fields of science and a ranking of 2015’s top scientists or “hottest researchers,” revealing significant growth in cancer genomics and improvements in converting solar cells into renewable energy. The full list of recognised scientists and further details about their publications is available here.

The longer-range study, widely known as the Highly Cited Researchers, recognizes nearly 3,000 scientists who published the greatest number of articles ranking among the top one percent by citations received in their respective fields in each paper’s year of publication. Analysts assessed more than 120,000 papers indexed between 2003 and 2013 throughout each area of study.