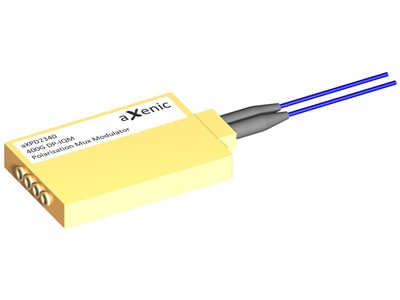 The UK wing of optical communications product specialist Finisar has been taken over by employees in a management buy-out (MBO).

Now known as aXenic, the enterprise is majority-owned by seven staff who are looking to expand sales of high-end optical modulators beyond the telecommunications sector.

aXenic is already involved in the European Union-funded “BEACON” project, which is focused on the design and development of photonic components for satellite applications. It involves a major player in the form of Airbus Defence and Space, as well as the UK-headquartered optical component firm Gooch & Housego.

At the heart of aXenic’s technology is expertise from a group of developers who worked together at the UK-based RF component maker Filtronic.

In 2009 that effort was acquired by Germany-based u2t Photonics, which was itself swallowed up by California-headquartered Finisar early last year in a $27 million deal. However, with Finisar focused squarely on communications and currently trimming its operations in a bid to cut costs, the timing of the MBO looks to make sense for both parties.

Broadening prospects
“We are really excited about the prospects of the new operating business with the opportunity to broaden our market access and interests for the developing business in highest-speed and high-bandwidth modulator products,” said Clements, previously the managing director of Finisar UK and a veteran of Caswell Plessey, Nortel and Filtronic before that.

“We look forward to engaging with our customers in this area to offer high-performance yet cost-effective functions in a growing business,” he added. Although Clements says that aXenic is not stepping away from telecommunications completely, the highly competitive nature of that market means that other niches look more appealing.

With what it describes as a "largely UK-based" supply chain, aXenic offers GaAs-based modulators for >100G applications in telecommunications, and a variety of high-bandwidth, high-frequency and high-linearity products aimed at 40 GHz and above.

In the satellite communications area, Clements and colleagues can take advantage of the radiation hardness inherent to their devices, while the technology is also applicable to various analog applications.

Among the key staff at aXenic is chief engineer Rob Walker, who is able to draw on 25 years of experience at Caswell and subsequently Bookham Technology before moving to u2t ahead of its acquisition by Finisar.

The firm’s design-focused activity is headquartered at the NETPark (North East Technology Park) in Sedgefield, with manufacturing outsourced to subcontractors. The NETPark site has also been earmarked as the potential home for a new £18 million center dedicated to healthcare photonics, with anti-blindness eye mask developer PolyPhotonix among the local companies involved.