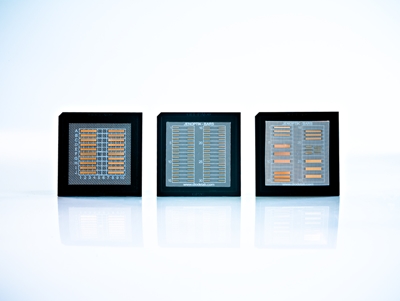 The Jena firm, which is currently reorganizing its business divisions so that they are more focused on specific vertical markets like the medical, automotive, and semiconductor equipment sectors, posted total sales of €316.1 million for the first six months of 2015.

That represented close to a 12 per cent rise on the same period in 2014, and while currency exchange rates may have played a part Jenoptik was also able to deliver pre-tax earnings of €24.7 million for the first half of 2015, up from €20.7 million last year.

CEO Michael Mertin said in a company announcement: “The positive half-yearly financial statements create a good basis for our annual targets as well as the further development of Jenoptik. It confirms that we are on course for further growth.”

The firm is still targeting a sharp increase in annual revenues this year, although a further acceleration in the second half will be required if Jenoptik is to meet the forecast of between €650 million and €690 million. That would compare with just over €590 million in 2014, with the company believing it is “firmly on course” to hit the target.

Laser and optical systems sales flat
Although Jenoptik’s lasers and optical systems segment remains its biggest business unit by sales, its own first-half performance was relatively flat in comparison. Divisional sales rose by less than 1 per cent, to €119.2 million, while earnings slipped amid some consolidation of Jenoptik’s US operations.

However, with demand for laser processing systems remaining solid, things seem to have improved since the start of the year. Jenoptik’s figures show that laser and optical systems sales rose from €56.3 million in the opening quarter of 2015, to €62.9 million in the second quarter.

“Business with laser processing systems and optoelectronic modules developed well, but demand from the semiconductor equipment sector fell behind that in the same period of the prior year,” wrote the firm in its first-half report, adding that a “slight improvement” had been seen in recent weeks.

Jenoptik’s reporting of sales into the current three business segments will end soon, however, with the company’s new business structure due to come into effect at the start of 2016.

Commenting on the planned restructure of the business around vertical markets, Mertin said: “In the coming months, we will continue to work on aligning our organizational structure more closely to megatrends and target markets. This will enable us to position our products and solutions more closely to our customers and develop better, more sustainable growth opportunities.”