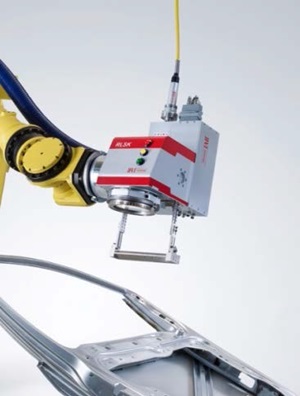 Laser, optics and materials firm II-VI has posted a strong finish to its fiscal year 2015, with sales for the 12 months that ended June 30 up nearly 9 per cent on fiscal 2014 to $742 million.

That was thanks to a bumper fourth quarter, for which the company reported record-breaking revenues of $197 million – despite the negative effects of the weak euro and yen on sales to Europe and Japan.

And with a solid increase in bookings – in particular for the company’s photonics business division – that looks set to continue into fiscal 2016.

For the full year, II-VI delivered a net income $66 million, up from $38.4 million in fiscal year 2014. That total was due in large part to the Pittsburgh-headquartered firm’s “laser solutions” division, which posted an operating income of $55 million on its own.

Meanwhile the photonics unit, buoyed by strong demand for communications products in data center interconnects, cable TV network upgrades, and a build-out of 4G wireless infrastructure in China, made an operating income of $7.2 million in fiscal 2015 – compared with a slight operating loss the previous year.

Fiber laser boost
Another key trend for II-VI, which has traditionally made its business selling the infrared optics needed for industrial carbon dioxide laser systems, is the ramp in demand for fiber lasers. The company’s HighYAG brand, which is focused on laser processing heads and fiber beam delivery systems, is seeing strong sales as fiber and direct-diode laser systems OEMs adopt the technology.

Kramer told an investor conference call that of the 6000 or so laser systems in which II-VI components typically feature each year, just over half were now fiber-based. In previous years, the proportion would have been overwhelmingly in favor of carbon dioxide lasers.

But with nearly 3000 carbon dioxide systems still requiring the kind of infrared optics that II-VI is one of the few companies capable of fabricating from scratch, this still represents a lucrative business and registered “modest growth” in the latest quarter.

COO Chuck Mattera noted that HighYAG had enjoyed plenty of interest from laser OEMS at the recent Laser World of Photonics show in Munich, and estimated that sales of components for 1 µm wavelength lasers now accounted for between 15 and 20 per cent of total II-VI revenues.

HighYAG showed off the latest version of its remote laser welding head, known as "RLSK", at the Munich event. With faster adjustability of the focus position it is said to minimize the time between weld stitches - thus increasing both robot and laser utilization.

Mattera also said that sales of laser diodes had risen by close to 20 per cent year-on-year, thanks in part to batter productivity and yields at its semiconductor fabrication facility in Switzerland.

“We are embarking upon an aggressive plan to add capacity and increase automation [at the fab],” he added.

Net debt down
Reflecting on the major changes at II-VI over the past couple of years, characterized to a large extent by the approximately $200 million acquisition of two major photonics-based businesses from a struggling Oclaro back in 2013, Mattera told investors:

“We set out to change the way we are organized and how we work.” Stressing the importance of teamwork, speed and efficiency, the COO added: “We embarked on a very ambitious plan that involved new acquisitions, investment in new technology and products, and attention to quality and operational excellence.”

Acknowledging that there had been some setbacks along the way, Mattera said that the company had now largely completed what it had set out to achieve, with the world-renowned semiconductor laser fabrication facility in Zurich at the heart of its operations.

Kramer added that with those major acquisitions now integrated, the II-VI executive team had begun looking at ways to further grow its portfolio – although he stressed that any activity was at a very early stage.

With profits and cashflow both up strongly in the latest financial year, II-VI has also been able to pay off a significant chunk of its long-term debts. CFO Mary-Jane Raymond said that with a balance sheet now showing $174 million in cash and $176 million in debt – the debt figure is down from $222 million a year ago – the company would be in a net cash-positive position by the end of the current quarter.

Despite the positive momentum, the Nasdaq-listed II-VI stock was unmoved when markets opened following the management update – apparently reflecting a forecast that sales would drop to somewhere between $180 million and $190 million in the current quarter, a seasonally slow one for the firm.

Trading at just under $17, it remained at close to a two-year high, and equivalent to a market capitalization of just over $1 billion.