Newport cutting back after sales miss

Spectra-Physics in the firing line as divisional sales drop 11% sequentially. 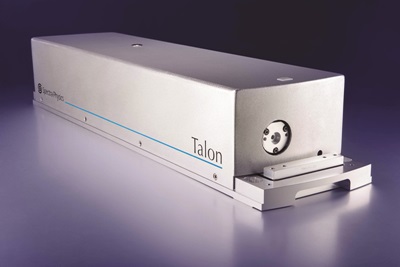 Laser, optical component and laboratory product vendor Newport has announced plans to cut costs in its Spectra-Physics and optics divisions, after missing sales and earnings targets in its latest financial quarter.

Last month the company warned that sales in its second quarter of fiscal year 2015 were going to fall short of prior expectations. The primary reason for that appears to have been a tough quarter for the Spectra-Physics division, where laser sales dropped 6 per cent year-on-year, and 11 per cent sequentially, to $44.5 million.

CEO Robert Phillippy said: “Our second quarter sales and earnings were below our expectations, and our near-term outlook has moderated in certain areas of our business. Accordingly, we are implementing cost reduction actions in these areas to align our cost base with current business conditions.”

And in an investor conference call, he continued: “We experienced lower demand than anticipated during the quarter - primarily in our lasers group and to a lesser extent the US operations of our optics group.

“We understand the headwinds we are facing and we are taking decisive actions to re-size the company to be in line with current market conditions. We expect these actions to reduce our cost base by $12 million annually.”

Among the difficulties was a large drop in sales for medical and life sciences applications, which were down nearly one-fifth compared with last year. Phillippy said that this was due primarily to push-outs of orders from large OEM customers in the ophthalmic surgery and dental imaging sectors, as well as for bio-imaging applications, but the CEO added that he was still bullish about this market in the long term.

Femtolasers drag
The year-on-year fall in laser sales came despite Newport’s acquisition of Femtolasers earlier this year. The cutting-edge ultrashort-pulse laser firm was originally spun out of world-leading research at the Vienna University of Technology, but weighed on Newport’s profitability as it recorded a loss of $1.4 million in the quarter.

Newport said previously that it expected the Femtolasers unit – for which it paid $8.4 million – to add between $8 million and $12 million in annual sales.

Newport’s CFO Chuck Cargile told investors that the Femtolasers loss was due to shipping “a few very unprofitable orders”, plus some manufacturing inefficiencies. “Our integration efforts are addressing these issues and we are confident that this business will be very accretive to our results by the end of this year,” he added.

Although Spectra-Physics sales are expected to bounce back in the current quarter, the division appears to be bearing the brunt of the cost-cutting measures now being implemented. Cargile said that the majority of cost reduction actions are being undertaken by the laser group, with a goal to achieve operating margins in the low- to mid-teens in 2016.

Phillippy added: “These actions will enhance our profitability, while focusing our investments on the areas of greatest opportunity.”

Although most of the cost-cuts will be aimed at sales and administrative roles, there will also be some impact on research and development, where Newport says it will trim its spending from around 10 percent of sales currently to nearer 9 per cent.

Despite the disappointing quarter, Newport was still able to post a net income of $5.8 million on its total sales of $148 million for the period. And although Phillippy and Cargile predict flat sales in the current quarter, a stronger closing to the year should still see the company post an overall increase on last year’s record sales figure.