Optitec adapts to support photonics in south of France

Photonics cluster aims to be involved in entire value chain for companies across its region. 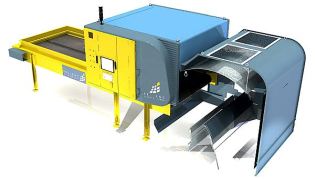 The photonics sector in the south of France and the Marseilles region continues to thrive, as evidenced by the growth of Optitec, the local competitiveness cluster .

Alongside established major players such as Thales, a community of small-to-medium companies (SMEs) and early-stage photonics developers has become well-established within the cluster, while companies outside the immediate sector have seen the value of incorporating optical technologies into their businesses through its efforts.

The role of Optitec in this regional ecosystem has become more valuable than ever, according to the cluster's director general Katia Mirochnitchenko.

"Optitec is one of the two competitiveness clusters dedicated to photonics at a national level in France," Mirochnitchenko told Optics.org. "Our overall goal has not changed since the first incarnation of the cluster 15 years ago: to leverage the photonics expertise of the south of France region and support the companies here."

The cluster's strategy, however, has adapted over the period, in order to accommodate changes in the economic environment - locally and globally - as well as the broader photonics agendas developed by the European Commission and implemented through initiatives such as Horizon 2020.

Optitec's current road-map aligns the cluster with the top-level goals of these bodies, addressing challenges in green photonics; industrial and agricultural applications; security and surveillance; and medical instrumentation and imaging.

"Previously, Optitec was focused directly on R&D and technological innovation; but that has now developed into a broader intention of helping new photonics-based applications come to market as speedily as possible," commented Mirochnitchenko. "To achieve that, our current goal involves covering the entire value chain, from R&D through production and onwards to commercial viability. That is a very important new aim - and challenge - for the cluster."

To achieve it, the cluster's previous emphasis on instrumentation has been widened to include technologies with the potential to be both disruptive and support potentially large growth markets. Mirochnitchenko mentioned imaging as being one particular focus, a sector where the cluster's connections with developers of both detectors and image processing technologies can prove very fruitful.

A strong international presence is an additional goal, given the global nature of the photonics sector and the fact that around 50 percent of the turnover generated by companies within Optitec comes from export efforts. 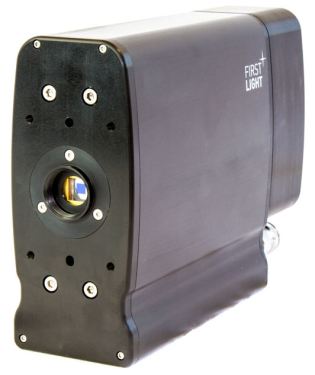 Success stories
Optitec now has around 130 industrial companies among its 220 members, of which more than 85 percent are SMEs. Some 25-30 percent of France's national R&D in photonics occurs within the cluster's purview, according to Mirochnitchenko.

As of 2013, Optitec has a full-time presence in Brussels specifically to allow for contact between cluster members and EC programs. It has also taken steps to assist SMEs working in fields identified as significant at a European level, such as biophotonics; and has created an inter-cluster project called Anticipation H2020 alongside aerospace cluster Pégase and risk-management cluster Risques to encourage SME participation in Horizon 2020.

To assess the success of this strategy, Mirochnitchenko focuses on the cumulative effect that Optitec is having, such as the cluster's continued success in attracting public funding; and the creation of employment in the sector, with some 1600 new jobs appearing over the last six years in connection with Optitec's efforts.

But equally important is whether the start-ups assisted by Optitec remain healthy and survive.

"Of the photonics start-ups created in the region over the last decade, 85 percent have survived beyond their initial five years," noted Mirochnitchenko. "The equivalent national rate is more like 60 percent, so we feel that the industrial landscape and ecosystem around Optitec has played a part in helping our small photonics companies stay in business."

Pellenc ST, a developer of sorting equipment for waste management and recycling headquartered in Pertius, is one example of a company embracing optical technologies with Optitec's assistance, according to Mirochnitchenko.

"Photonics solutions have allowed Pellenc to develop faster and more effective materials-sorting methods for several markets, and Optitec supported this through collaborative projects and lobbying for public funding. This is a good example of a case where both productivity and competitiveness were directly impacted by work alongside academic and R&D partners organized via Optitec."

Another success story is First Light Imaging, a Meyreuil-based manufacturer of high-speed scientific cameras for visible and infra-red spectra which benefited from the cluster's activity at the European level. First Light was recently among the six French companies selected to receive grants under Horizon 2020’s SME Instrument Programme Phase 2.

"First Light Imaging was active in astrophysics applications and had developed cameras with very high sensitivity and speed," said Mirochnitchenko. "Optitec's representation in Brussels helped to identify the most suitable open calls under the EC's research program that would allow the company to expand into new markets and applications, and the cluster also supported the costs of private consultations during the submission process. This is an important role, as public funding from the EC is one key to accelerating the development process, and the cluster's knowledge can prove vital."

Challenges ahead
Public funding, at both a European and national level, is likely to become increasingly difficult to obtain as budgets contract - one of the main challenges currently facing the cluster as it implements its strategy, especially with the high proportion of SMEs in its ranks.

More involvement of financial stakeholders alongside academic and industrial partners could be one solution, along with efforts to further increase the level of private funding available as public money becomes more scarce.

"We must be a cluster of national and international visibility, creating pragmatic matchmaking tools for members that are locally effective and which suit large companies, SMEs and academics," commented Mirochnitchenko.

"When the cluster was first created, the primary intention was to strengthen links with the academic community; but now we want to cover the whole value chain, turning the results of R&D into industrial growth and market applications. Which is also the challenge facing the individual members of Optitec, of course."

• In November 2015 Optitec is hosting Disruptive Photonics Technologies and Systems, a meeting dedicated to novel photonics and imaging technologies as well as their industrial applications. A showroom area will allow developers to demonstrate a number of products and technologies, alongside conference sessions discussing market sectors and opportunities.