Stephen Hawking among a host of eminent scientists launching most comprehensive search for extra-terrestrial life ever undertaken. 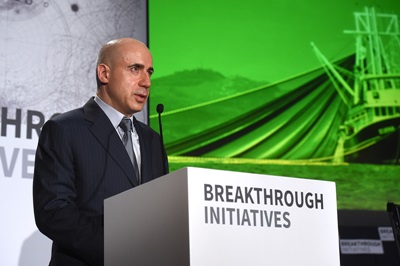 A new $100 million, decade-long hunt for signs of extra-terrestrial life is to include a search for any optical laser transmissions that might have been beamed into space by advanced civilizations.

The “Breakthrough Listen” initiative, bankrolled entirely by Russian entrepreneur and physics graduate Yuri Milner, is set to become the most exhaustive search for alien life ever undertaken.

It will use some of the world’s most powerful telescopes to aid that search, looking for signs of distant civilizations in the form of both radio and optical signals during a survey of the million stars and 100 galaxies that are closest to Earth.

Milner launched the project at The Royal Society in central London, alongside such eminent scientists as the cosmologist Stephen Hawking, the Astronomer Royal Martin Rees, and Frank Drake from the SETI Institute – a veteran of the search for intelligent extra-terrestrial life who conducted the first SETI experiments more than 50 years ago and has more recently pioneered attempts to detect optical signals.

Breakthrough Listen will use two giant radio telescopes – the 100 meter Green Bank Telescope in West Virginia and the 64 meter Parkes Telescope in Australia – to carry out an unprecedented sweep of the skies for any tell-tale radio signals. That search will cover ten times more sky than earlier efforts like that of SETI, and scan much more of the radio spectrum.

The Lick Observatory also features a 40-inch telescope equipped with an optical system said to be capable of spotting any laser “beacons” deployed by advanced civilizations many light years distant from Earth.

It utilizes three optical detectors, said to make the approach largely immune to false alarms, and was set up under Drake himself as senior scientist on the project. He has previously said that the experiment represented the most sensitive optical search for extra-terrestrial life yet undertaken.

Because the three photomultipliers are highly time sensitive, it is highly unlikely that they will all detect photons at exactly the same time. Drake said previously that the expected number of false alarms for the system would only be around one per year, whereas previous attempts using only one or two detectors had been plagued by false alarms occurring on a daily basis. 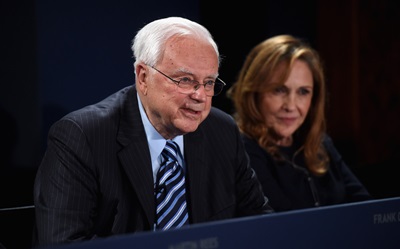 Open platform
Speaking at the London launch of the $100 million search, Drake said: "We've learned a lot in the last fifty years about how to look for signals from space. With Breakthrough Initiatives, the learning curve is likely to bend upward significantly.”

Milner said that the project would be fully transparent. “Both data and software will be open,” he said. “We will also establish a new open platform for external developers, to create new applications for analyzing the data.”

Martin Rees added: “This is a time when citizen science and social media allow the project to have a real global reach, in a way it never could before.”

Geoff Marcy from the University of California, Berkeley, and also the Alberts SETI Chair, said that as well as surveying the nearest million stars and 100 galaxies, the project would target the “entire plane” of the Milky Way galaxy, including the center portion that is believed to comprise billions of stars.

“We’ll be looking for any transmissions,” Marcy said. “Including radio waves and laser light.”

According to the team, the Lick Observatory hardware would be able to detect a 100 Watt laser transmission from a nearby star at an approximate distance of 25 trillion miles.