LUXeXceL tops up venture round 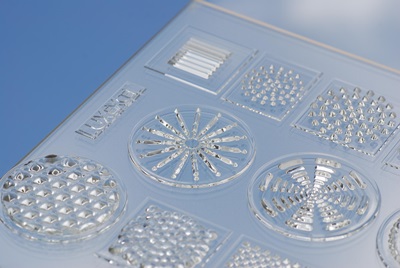 The company, headquartered in Kruiningen, The Netherlands, announced that its €7.5 million series B round would be finalized in three months’ time, and that existing investors SET Ventures and Munich Venture Partners had also contributed.

CEO Eric Tierie said: “The strong partners in this funding round share the vision that our technology and worldwide unique 3D printing service will offer new opportunities and novel optical products to many different markets.”

LUXeXceL has already won numerous awards for its potentially disruptive offering to the optics industry, and in the past few months has teamed up with big names Edmund Optics and Lambda Research.

At the Photonics West exhibition earlier this year LUXeXceL and Edmund hosted a joint demonstration comparing the performance of traditional molded glass lens arrays with plastic ones that had been 3D-printed using LUXeXceL’s “Printoptical” technique.

At the same event, the company won a Prism Award for its revolutionary approach to optics production, beating competition from rivals FEMTOprint and MultiPhoton Optics in the new additive manufacturing category.

Optics digitization
Based in the Flanders region in northern Belgium, PMV claims to manage a portfolio of assets worth €900 million. Among the other companies it has backed is the image sensor specialist and IMEC spin-out CMOSIS, which was subsequently sold to the private equity giant TA Associates.

Roald Borré, PMV’s co-head of venture capital, said: “We’re convinced that the company will change the way optics are designed, produced, and digitally stored across many different market segments. Our team is looking forward to help LUXeXceL to accelerate the digitization of optics manufacturing."

LUXeXceL founder Richard van de Vrie added: “This strong investor was already successful in developing companies [for] the 3D printing space. It is a great asset to have them on board.”

Since the launch of its “Printoptical” process back in 2010, LUXeXceL says it has now raised a total of €17.5 million in funding. The company now employs 25 people and is currently establishing an online ordering platform that optics designers can use for lens design, prototyping, testing, refinement and manufacturing of custom components within just a few days.