German engineering association report finds that government support for photonics across Korea, China and Japan will double in five years. 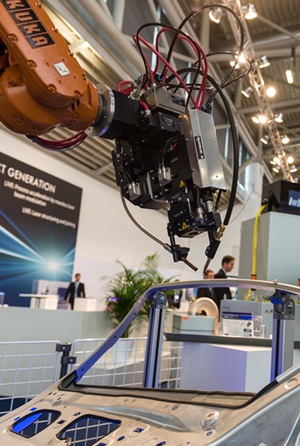 by Mike Hatcher in Munich
The photonics forum within the German Engineering Association (VDMA) has warned that government backing for photonics across the major Asian economies is set to double over the next five years – posing a threat to Germany’s leading position in the sector.

Announcing their findings at the Laser 2015 trade show in Munich, an industry panel headed by VDMA Photonics Forum chief Gerhard Hein said that photonics research funds provided by Japan, Korea and China were set to double from approximately €2.1 billion last year to €4.2 billion in 2020.

Hein says that far exceeds photonics investment by the European Union, even under the Horizon2020 plan and its public-private partnership, which provides between €0.6 billion and €1.0 billion each year.

He also described as “nerve wracking” the discovery that China is to alter its approach to research funding to more closely mirror that of Korea. “The three Asian countries manage their governmental research systems with very different approaches,” states the report, produced in collaboration with market research group Spectaris in response to a request from the German government.

“China still operates a top-down structure, which is a direct contrast to Japan’s bottom-up research programs. South Korea has a combined structure of both top-down and bottom-up, depending on the level of government understanding and strategic emphasis.”

But the VDMA report says that, as of 2017, China’s approach will switch towards that of Korea, with the model also set to feature more direct market interaction, a strong emphasis on technology transfer and – as in Europe and the US – bridging the so-called “valley of death” for new technologies.

According to Hein, the expected “learning curve” from an industry-driven research agenda in China in particular is likely to bode some “serious consequences”, and should push policymakers in Germany and Europe to redouble their efforts to align public and private efforts as effectively as possible. 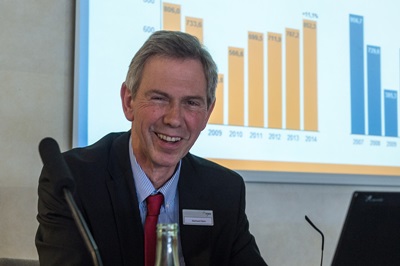 Korea’s “tremendous” investment
In its report, the VDMA photonics forum identifies the Korean model as the most successful, just ahead of Japan’s, saying that it has fostered close interaction between all the relevant stakeholders.

“South Korea is investing tremendously into the photonics industry,” they write, highlighting that the three key government ministries collectively invested a total of €1.66 billion in the sector last year, and that successive support is provided throughout the entire innovation process in an extremely “joined up” way.

Korea has also established the concept of an entire “brand” for its photonics industry, namely “LUXKO”, to benefit from public purchasing arrangements that help to foster the emergence of new technologies.

VDMA also highlights the potential opportunities for German photonics companies to benefit from the surge in support for research expected across Asia, saying that participation by foreign entities is generally welcomed – provided that those companies establish local operations in the country itself.

However, the report also discovered that actual participation by German companies in those schemes is “very low”, partly because of a lack of knowledge about local funding opportunities, but also because of a fear that know-how and technological expertise could be lost. Fears over the degree of bureaucracy and time-consuming administration are also blamed.

“The opportunity for German companies to further position themselves in the center of the global photonics industry, and at the same time benefit from innovative research topics and growing direct funding, are currently neglected,” it observed.