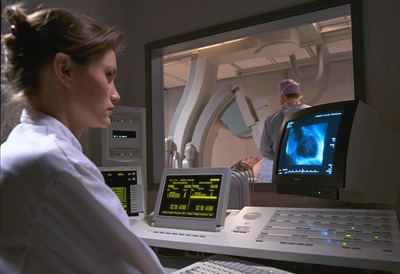 Jochem Herrmann, co-founder and Chief Scientist of Dutch camera manufacturer Adimec has been appointed as new President of the European Machine Vision Association (EMVA). Herrmann has been EMVA Board member since 2013 and takes over the presidency from Toni Ventura-Traveset (Datapixel, Spain).

Herrmann has been Chief Scientist at Adimec Advanced Image Systems since October 2010. He co-founded the company in 1992 and previously served as its Chief Technology Officer.

For over a decade, Herrmann's company has focused on “developing high-quality product platforms and selecting the best technologies, based on a continuous focus on customers and their applications”.

Adimec develops high-performance cameras for applications including machine vision, medical imaging, and outdoor imaging. Founded in 1992, the company partners with major OEMs around the world to co-develop specialized cameras. Adimec’s own True Accurate Imaging technology provides high precision and accuracy for vision systems. Adimec has offices around the world focused on creating customer value and satisfaction through local, personalized support. 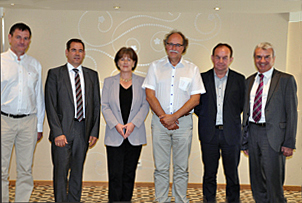 Visionaries: EMVA's newly-elected Board of Directors.

The EMVA Board and the General Manger thanked outgoing president Toni Ventura for his successful tenure and continuous support of the EMVA since its founding in 2003.

“The transition period now clearly lies behind us and for EMVA it is now time to expand our activities and further grow the association. I am looking forward to further develop EMVA together with my fellow Board members and the whole EMVA team”, said Hermann.

As well as Hermann, the EMVA members elected an extended Board of Directors during the General Assembly on 11 June in Athens. New members of the Board and previous members who have resumed their posts are: