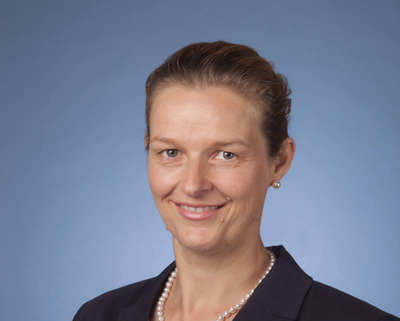 Trumpf Limited (UK) has announced that it is to have a new managing director. From July 1, Annette Doyle is to succeed Scott Simpson, who is leaving the company after more than 20 years to pursue his own individual projects.

Doyle is moving to head up Trumpf’s UK operation from Trumpf Inc. in Farmington, US, where she has served as Head of Customer Training Center and as Assembly Department Manager for TruLaser machines.

The company reported that Doyle’s department in the US manufactures 350 machines a year, commenting, “her production planning and Lean Manufacturing initiatives have enabled the company to increase production and quality goals during the economic rebound.”

In her US role, Doyle was recognized by The Manufacturing Institute, Deloitte, University of Phoenix, and the Society of Manufacturing Engineers with a “Woman in Manufacturing STEP” (Science, Technology, Engineering and Production) Award for excellence and leadership in manufacturing.

SPI Lasers UK has announced the appointment of Dr Thomas Fehn as its new CEO. In April, optics.org reported that GSI Group had sold its JK Lasers subsidiary to SPI Lasers, Southampton, UK, which itself is a subsidiary of Trumpf, for approximately $31.5 million in cash.

Dr Fehn is described as having "extensive industry experience and market knowledge, having most recently been Executive Vice President of Jenoptik AG, for the past nine years. Previously he also served in a number of senior positions with LINOS Photonics from 1998 to 2005."

SPI Lasers will be launching new products in their CW high and medium powered product ranges at the upcoming LASER World of Photonics Munich exhibition (next week) including the new redPOWER Multi kilowatt OEM and System product ranges, and the improved range of pulsed redENERGY fiber lasers from 10-100W.

“After the complete sale of the Jenoptik shares by ECE Industriebeteiligungen at the end of March, this is a logical step and takes into account the changed share ownership," said Rudolf Humer on the resignation. He has been Chairman of the Jenoptik Supervisory Board for the past seven and a half years.