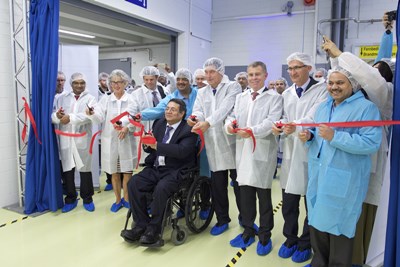 Zurich-based Flisom has bucked a trend that has seen investors shy away from European photovoltaics manufacturers and proponents of thin-film CIGS (copper indium gallium diselenide) technology alike, with news of a CHF 10 million boost from Tata group.

The giant Indian manufacturer of steel, cars, chemicals – and much else besides – had already invested in Flisom, a spin-out from the nearby Swiss Federal Institute of Technology (ETH Zurich). Tata executive director K.R.S. Jamwal said in a company release:

Recent history has seen a dramatic consolidation among PV module manufacturers, especially in Europe, and of thin-film PV specialists in particular. Only First Solar, whose thin-film modules are based on the industry-proven cadmium telluride (CdTe) material platform, still ranks among the world’s leading PV firms, while Japan’s Solar Frontier is typically cited as heading up the much-diminished list of CIGS/CIS producers.

Flisom has not just survived the thin-film carnage, but managed to raise CHF 42.5 million back in 2013 to build a pilot CIGS production plant in Switzerland with an annual capacity of 15 MW. The latest backing represents its fourth round of funding, and was announced shortly before the firm officially inaugurated this new facility. 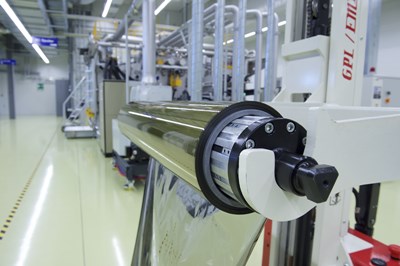 Its CEO Ulfert Rühle, with an eye on the future, said: “After the successful installation of machines and other factory infrastructure in Niederhasli, the next step is to transfer the process know-how on these high-tech machines using specifically customized designs.

“The 15 MW plant will serve as a proven blueprint for establishing larger production plants having a production capacity greater than 100 MW as well as low capital and operating expenditures. Flisom has been working steadily towards lowering the costs of manufacturing of flexible solar modules.”

Laser patterning
The potential of thin, lightweight modules based on CIGS films has long been acknowledged, but so far the technology has been largely squeezed out by rival silicon and CdTe technologies that have proved more cost-effective.

Where the technology might have a unique advantage is in the production of flexible modules that could be more easily integrated with buildings – and Flisom is working to produce modules on a plastic foil to do just that.

Shortly after announcing the Tata top-up, Flisom inaugurated the 15 MW roll-to-roll pilot facility in the presence of Jamwal, as well as Swiss state secretary for education, research and innovation Mauro Dell'Ambrogio, and Ernst Stocker - president of the Government Council of the Canton Zurich.

Flisom is collaborating closely with Empa, the Swiss Federal Laboratories for Materials Science and Technology, to produce the meter-wide rolls. Meanwhile the research team at Empa has improved the conversion efficiency of CIGS films to a record-breaking 20.4 per cent – although that relates to small-area material rather than full-scale modules.

Flisom has also adopted proprietary laser patterning techniques to produce miniature (5x5 cm) CIGS modules on a plastic film with a claimed efficiency of 16.9 per cent. 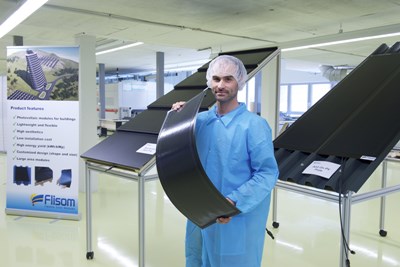 And the firm’s founder and chairman Ayodhya Tiwari, who is also head of Empa’s thin-film and PV laboratory, believes that this progress can be transferred to full-scale modules. “Large-area modules on flexible foils with an efficiency above 17 per cent are very well possible with this technology,” he said.

That remains to be seen, but with a workforce that has grown from 15 to 55 employees in the past 18 months, and now with a pilot facility measuring 4500 square meters, Flisom looks like one of the few remaining bright spots on both the European PV manufacturing and thin-film CIGS scenes.