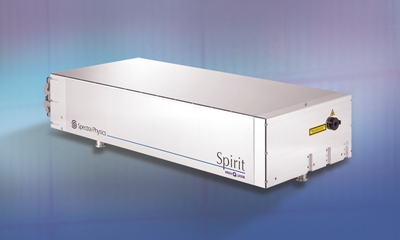 Executives at the Californian laser and photonics equipment specialist Newport are confident of delivering another year of record sales – despite the negative impact of the strong US dollar and the cancellation of a development project for next-generation semiconductor production.

Long-term CEO Robert Phillippy reported sales of $156.7 million for the opening quarter of 2015, up nearly 7 per cent on the first three months of last year. That was partly thanks to the recent $8.4 million acquisition of the Austrian ultrafast laser developer Femtolasers, as well as that of Israeli fiber laser firm V-Gen. Together, those two deals are expected to add as much as $30 million to Newport’s annual turnover.

Phillippy described the opening quarter as a “strong start” to the year, as orders also grew by 5 per cent compared with a year ago – aided by a 34 per cent bounce in the defense and security segment.

“More importantly, we continued to leverage this sales growth into higher profit levels,” added the CEO. Newport’s unofficial, “non-GAAP” income for the quarter, showed an underlying profit of $14.6 million – up from $11.6 million a year ago.

The company's efforts to improve profitability have included a "lean principles" drive across a number of product platforms, as well as a ramp in optics production in Romania while closing another facility in Massachusetts.

Though details are scant, Newport had been working on what the CEO called a highly innovative new opto-mechanical subsystem for the customer. Introducing that innovation carried an inherent risk, and when the customer needed a system more quickly than it had been expecting previously, it decided to go with an updated version of an existing system rather than the more innovative Newport option.

Phillippy pointed out that the two companies were still working together, and that Newport would receive compensation for the aborted project.

Elsewhere in the microelectronics space, the CEO said that Newport was seeing good uptake of its Quasar and Talon lasers in various smart phone manufacturing steps, with the company’s Spirit ultrafast laser also gaining traction in glass cutting applications.

At Photonics West earlier this year, Newport formally introduced its "ClearShape" femtosecond laser process - based on the Spirit laser platform - for rapid cutting of strengthened glass and sapphire, claiming "intense customer interest" in the approach.

Currency headwinds
That momentum is expected to outweigh the ongoing currency headwinds, with Phillippy saying: “We are encouraged by our first quarter performance, and expect to have record [full-year] sales and non-GAAP net income again in 2015.”

In 2014, Newport posted a GAAP net income of $35 million on full-year sales of $605 million. The company’s non-GAAP net income calculation boosted that figure to just over $54 million.

Phillippy and CFO Chuck Cargile are expecting to post sales of around $157 million again for the current quarter, which ends in June, although Cargile points out that this figure is approximately $9 million lower than would be the case without the currency adjustments of the past few months.

Despite the generally positive noises, Newport’s stock price has remained stuck below $20 of late, and at those prices the company is continuing to buy back shares. Since beginning a share repurchase program last year, it has spent some $16.3 million on 870,000 shares, around 2 per cent of those available on the market.