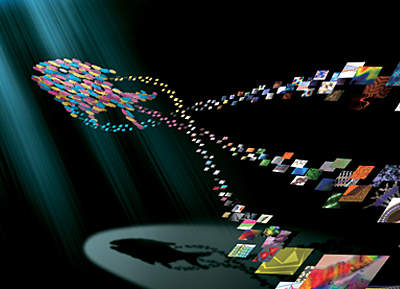 Polymer solar cells continue to be a strong focus for researchers, due to both their great future potential and the significant development challenges they still pose. A group of Japanese researchers believes that, due to their lower production costs, these emerging energy sources could become a viable alternative to silicon-based solar cells - "when the polymer versions can convert at between 10 and 15%".

Using carefully-designed materials and an “inverted” architecture, the team has now achieved cell efficiency of 10%, bringing the devices "closer to the threshold of commercial viability", say the researchers.

Polymer-based solar cells offer a number of potential advantages. Generally, they are made of polymers that are inexpensive and flexible, and can be deposited on glass or plastic substrates, allowing the construction of larger-scale structures. They are relatively cheaper to manufacture, and more environmentally-friendly, than their silicon counterparts. However, they typically have lower power efficiency due to their structure and also tend to degrade more quickly.

optics.org in July 2014 reported that researchers in the US had developed a small-scale polymer solar cell with a conversion efficiency of 11.5%.

In the Japanese team's new research, just published in Nature Photonics, a collaboration including Itaru Osaka and Kazuo Takimiya of the RIKEN Center for Emergent Matter Science, managed to create a type of polymer solar energy converter called a bulk-heterojunction solar cell—in which the electron donor and acceptor layers are mixed together—with a power conversion efficiency of 10%; close to what will enable these materials to be commercially viable.

According to Osaka, "While private firms have been able to develop cells with similar efficiency, they have done so using proprietary technology, so that it was not possible to know why things were working the way they were. We began experimenting with a substance called PNTz4T, which we had previously developed, and were able initially to achieve a power conversion efficiency of about 8%, with a fairly thick active layer of about 300 nanometers. 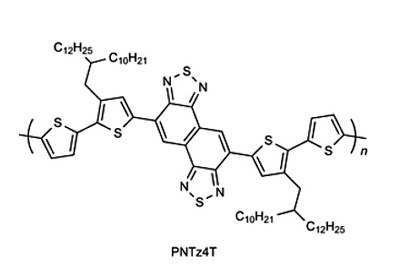 Osaka added, "Surprisingly, though, we found that when we used an inverted architecture, where the light enters through a transparent negative electrode, in our case made of zinc oxide, we found that the cell with the inverted architecture had better efficiency, which is abnormal for cells of the type we built. We believe that it is due to the alignment of molecules inside the mixed layers."

The researchers analyzed the composition between the various materials using the SPring-8 synchrotron facility in Harima, Japan, and found that in the inverted model, the orientation of the molecules within the active layer was commonly "face-on," an orientation well suited to the transport of electron holes through the material.

Takamiya said, "We surmised that this was the secret to the success in the experiment. It turns out that by trying something that might seem unusual, we got a surprising result, and through this were able to understand something that makes cells more or less efficient."

Professor Hideyuki Murata of the Japan Advanced Institute of Science and Technology, who participated in the research, commented, "This is an exciting result because we now have an understanding of how we can move forward to create polymer solar cells with greater efficiency. We hope that researchers around the world will be able to make use of these results to create commercially viable cells."

The Nature Photonics article states, "We have shown that high [solar conversion] efficiencies of around 10% can be obtained using the crystalline polymer PNTz4T in single-junction inverted cells with a thick active layer having a thickness of 300nm.

"The improved performance is probably due to the large population of polymer crystallites with a face-on orientation and the favourable distribution of edge-on and face-on crystallites along the film thickness, which results in a reduction in charge recombination and efficient charge transport. These results underscore the great promise of polymer solar cells and raise the hope of achieving even higher efficiencies by means of materials development and control of molecular ordering."