Engine-maker is first to use AM to make compressor stators and synch ring brackets for Bombardier production engines. 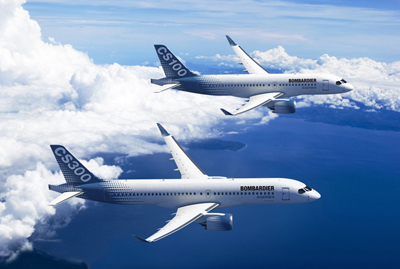 When engine maker Pratt & Whitney delivers its first PurePower PW1500G engines to aerospace giant Bombardier for its CSeries passenger aircraft, the engines will be the first to feature jet engine parts produced using additive manufacturing (AM).

Some of the new part types constructed by AM are compressor stators and synch ring brackets. Previously, safety concerns prevented Pratt & Whitney from using the technique for production engine components, but recently the parts have undergone rigorous engine testing processes similar to the parts made using traditional manufacturing techniques.

While Pratt & Whitney has produced more than 100,000 prototype parts using additive manufacturing over the past 25 years, the company says it will be the first to use AM technology to produce compressor stators and synch ring brackets for the production engines; PurePower PW1500G engines exclusively power the Bombardier CSeries aircraft family. 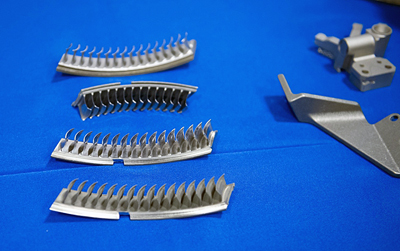 Pratt & Whitney has been working with a range of additive manufacturing sysytems suppliers over the past 30 years including Arcam, MarkerBot, EOS, and Objet.

Tom Prete, the company's Engineering vice president, commented, “We are a vertically-integrated additive manufacturing producer with our own metal powder source and the printers necessary to create parts using this innovative technology."

“AM offers a number of benefits: It dramatically reduces production time, from design, to prototyping, to finished product and it decreases waste and consumption of raw materials. Furthermore it allows precision production of parts with complex geometry with reduced tooling, and permits multiple parts from an assembly to be made in one integrated piece.” 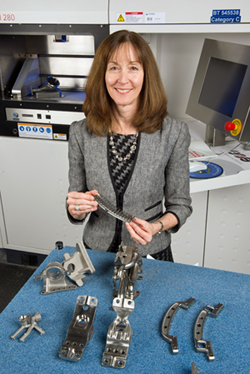 Pratt & Whitney adds that In production tests, it has realized up to 15 months lead-time savings compared to conventional manufacturing processes and up to 50% weight reduction in a single part. The PurePower engine family parts will be the first product produced using 3D printing powder bed additive manufacturing.

Pratt & Whitney and the University of Connecticut are also collaborating to advance additive manufacturing research and development. The Pratt & Whitney Additive Manufacturing Innovation Centre is the first of its kind in the US north east region to work with metal powder bed technologies.

With more than $4.5 million invested, the company expects the center will further advance additive manufacturing capabilities, while providing educational opportunities for the next generation of manufacturing engineers.