Faster than expected decline in sales of conventional lighting as transition to LED appears to accelerate. 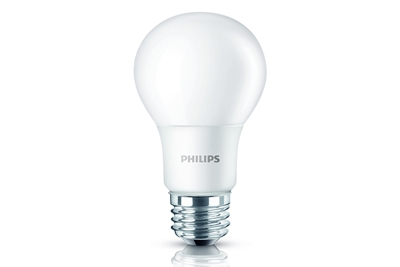 Philips, which is in the early stages of separating off its lighting business unit, has reported a 3 per cent decline in lighting-related sales in the opening quarter of 2015.

At €1.57 billion, the lighting division’s revenue was down from €1.72 billion a year ago, as sales of conventional bulbs and luminaires dropped faster than the company had been anticipating.

Philips’ sales of conventional lighting products dropped 16 per cent compared with the same period last year, significantly faster than the 10 per cent rate that the company’s executives had predicted.

The figures reflect the swift transition to LED products, which now account for just under 40 per cent of the unit’s turnover but are generally subject to tougher competition.

Philips CEO Frans van Houten said that Philips’ 60W LED bulb equivalents were now selling for an unsubsidized price of less than $5 in the US, and that the much longer lifetime of the solid-state technology was starting to have an impact on the market for replacements, traditionally a lucrative area for makers of light bulbs.

That changing market dynamic is a key reason behind Philips’ strategic decision to separate its lighting division, with van Houten telling investors that the current plan was to prepare Philips Lighting for an initial public offering of stock in the first half of 2016.

“A phased floating is likely, although that will depend on market sentiment,” said the CEO, although there remains the possibility of selling off of the division before that. “We are still reviewing alternatives [and our] options are still open,” he added.

Margins shift downstream
A month ago Philips said it found a buyer for 80 per cent of its combined LED components and automotive lighting business (Philips will retain 19.9 per cent ownership), which it is selling to private equity group GO Scale Capital in a deal valuing the enterprise at $3.3 billion.

The proceeds of that sale, which should be completed in the third quarter of this year, are set to be used in part to repay a bridging loan, and to help "de-risk" Philips' pension obligations.

After the sale of that unit and the lighting spin-off, healthcare and “consumer wellbeing” will be the focal points of the entire Philips operation – bringing Philips’ direct involvement in lighting applications to a close after 125 years of development since the company was founded back in 1891.

Van Houten said that he was pleased with the terms of the GO Scale Capital agreement, and that the Lumileds name would continue to be used in the future.

Systems and services
The CEO also reiterated his belief that the components layer of the LED lighting business is ripe for consolidation, and that this was an important part of the thinking behind the Lumileds sale. “It’s a very important strategic step,” he said, adding that profit margins in the lighting sector are set to move increasingly “downstream”, to providers of systems and services.

Van Houten sees Philips leading this trend, and picked out some recent examples of “smart and connected” lighting deployments to back up his theory. They include a major installation in Los Angeles, where the entire road lighting system can now be controlled, streetlamp by streetlamp, using cloud-based software.

Other deployments include a lighting service at Schiphol airport in Amsterdam - the airport now only pays for the light used in the terminal buildings, while Philips retains ownership of the lamps and luminaires that provide the light - and LED floodlighting at the KC Stadium in Hull, UK.

This "professional" side of the lighting market, which accounts for three-quarters of Philips’ lighting sales, commands much higher profit margins than the consumer sector, and will be seen as one of the most attractive elements of the business by any prospective buyers or investors.

On the consumer side, Philips announced last week that its "Hue" digital lighting system could now be controlled through the new Apple Watch just released by the Californian electronics giant.

"We know that light is at the heart of the digital home," said Eric Rondolat, who heads up the Philips Lighting unit. "With Apple Watch you can instantly adapt Philips Hue lighting to suit every moment and occasion."