French company also agrees loans with supplier and state-funded CEA authority to shore up its finances. 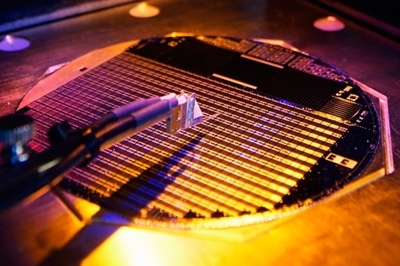 Soitec, the France-headquartered provider of advanced electronic materials, has confirmed that it is actively looking to sell its loss-making concentrated photovoltaics (CPV) division.

Announcing sales figures for the closing quarter of its fiscal year 2014-2015, Soitec said that following January’s decision to re-focus on its core business of selling electronic materials, it had now hired an investment bank to “dispose” of the solar business assets.

The assets up for sale include its manufacturing operations in San Diego, various CPV power plants and some intellectual property – though not the “Smart Cell” wafer technology that it also uses to produce semiconductor wafers for electronics applications.

“Given its significant investment in the solar business since 2009, Soitec does not expect the disposal of the Solar business assets to cover its initial investment,” stated the firm. “The total consolidated non-current charge is likely to be close to €145 million for fiscal year ended March 2015, mostly related to the depreciation of the solar assets.”

CPV squeeze
The company’s excursion into CPV technology began with the acquisition of Concentrix Solar, a spin-out of the Fraunhofer Institute for Solar Energy Systems (ISE) in Freiburg, Germany. It had developed concentrator modules based around high-performance multi-junction solar cells and cheap Fresnel lenses.

That technology had looked well suited to deployments in hot, sunny geographies such as southern California, but the sharp decline in the cost of crystalline silicon PV modules since then has squeezed CPV out of many potential deployments.

Soitec had hoped to follow up a major CPV deployment in South Africa with similar large-scale plants, but its latest revenue figures show that it has been unable to do that so far. In the financial year just completed, its solar division posted sales of €43.2 million – down from €78.9 million in the prior year.

This year’s CPV sales remained dominated by the Touwsrivier deployment in South Africa, with other contributions from the Desert Green project and other Department of Energy efforts in the US, as well as some smaller projects in Europe and China.

But with those sales declining sharply in the closing quarter of the financial year, to just €4.6 million, the solar division has been burning through the company’s cash rapidly.

As of the end of March, Soitec’s cash resources had shrunk to only €23 million – down from €43.9 million at the end of September last year.

CEA and Shin Etsu loans
In January, the company signed a two-year equity deal with French bank Societe Generale designed to release some additional cash, and Soitec has just agreed €54 million in new financing in the form of loans from supplier and shareholder Shin Etsu Handotai, and CEA, the French authority for atomic and renewable energy.

Shin Etsu, which provides Soitec with bulk wafers, has agreed to loan up to €30 million, while another French bank, Bpifrance Participations, has said it will commit up to €15 million.

The CEA has agreed to put up €9 million through its strategic fund, while its CEA Leti research and development division – where Soitec’s key silicon-on-insulator (SOI) wafer technology was first developed – has agreed to postpone an €8 million licensing payment. 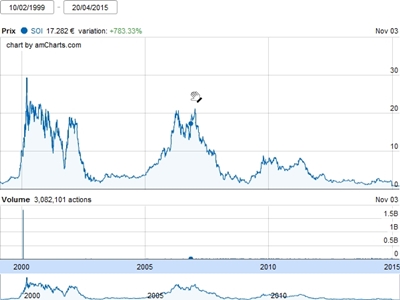 At the same time, Soitec confirmed that it had cut the headcount of its solar division by more than 100, with 272 people employed as of the end of March. That has reduced the running costs of the solar unit by nearly 30 per cent, said the company.

With some significant outstanding revenues for the Touwsrivier project becoming due later this year, and strong technological development of high-performance cells in its laboratories over the past few years (Soitec sits at the very top of NREL's current chart for record-breaking solar technologies, with a device conversion efficiency of 46 per cent), Soitec will be hopeful of finding a buyer for the solar business – but the decline in fortunes of the CPV sector means that only a handful of potential acquirers remain.