Diverse laser and photonics technology company to refocus divisions on markets - but no job cuts or closures are planned. 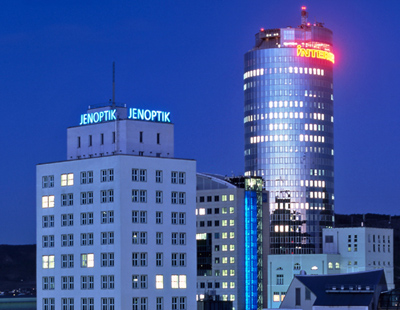 Jenoptik is to reorganize its divisional structure.

Jenoptik is planning a reorganization within its divisional structure, the existing model of which was established at the beginning of 2008. In a statement made this week to optics.org, the company contradicted various press and news agency reports from early April, which suggested that Jenoptik was planning to close its laser business.

Instead, the company said it intends to “realign existing Jenoptik divisions more closely with target markets in order to better meet customer demand from these markets.” The company’s key markets include: semiconductor equipment manufacturing, automotive and associated suppliers, medical technology, and defense and aerospace.

The statement added, “In total, there will still be five divisions in the Jenoptik Group. We will not close down divisions or sell business parts. The realignment is simply an organizational change, which is part of the consistent development of Jenoptik.” Furthermore, Jenoptik asserted that there will be no downsizing of staff as a direct result of the reorganization.

Michael Mertin, Jenoptik President & CEO, commented, “We consider this change as the next step in our growth strategy. Instead of focusing on technologies, we will align ourselves more closely with our target markets and with the global megatrends that drive growth in these markets, such as semiconductor equipment, automotive and medical technology industries. This development will help us position our products and solutions even closer to our customers. Implementation of this change is planned to start in mid-2015.“

Asked about the likely details of structural changes, the company commented, “We will implement changes in the three divisions: Lasers & Material Processing, Optical Systems, and Industrial Metrology, to better meet demands from target markets. 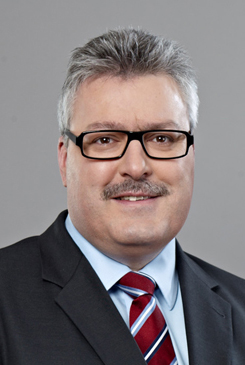 Mertin: "No job cuts, no closures."

“Details of this realignment are currently being defined by the Executive Board, including the new CFO Hans-Dieter Schumacher, in cooperation with the management and the Group Works Council. There will be no downsizing of staff as a direct result of this reorganization.“

The company also clarified another issue, raised in various German media reports, about the implications of the recent sale of significant Jenoptik shareholding by ECE Industriebeteiligungen, and whether this could mean changes to the company's future business direction.

The Jenoptik statement said, “After the sale of the shares formerly held by ECE Industriebeteiligungen GmbH, our freefloat rose to 89 percent, thus improving the tradability of the share. The change in the shareholder structure does not affect Jenoptik’s business plans or roadmaps. We have changed our portfolio over the course of [recent] years, we have slimmed our product lines according to our core competences.

"The roadmaps for the development of the whole Jenoptik Group are adapted to market needs and in accordance with our strategic orientation. We will continue to develop Jenoptik with respect to target markets so that we can meet customer demand with the best expertise possible. We will continue to fulfill our contracts.“

In December 2014, optics.org reported Jenoptik’s forecast that the company would see a "substantial sales improvement" during 2015, including the fruits of a delayed major international defense technology project originally scheduled for 2014.