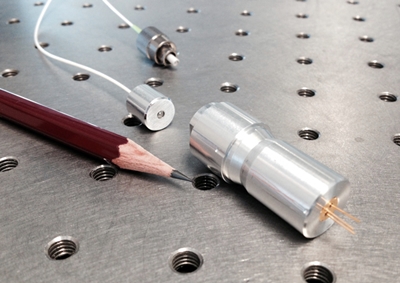 LED system and laser diode vendor ProPhotonix has reported improved financial results for 2014 – but also warned that recent movements in exchange rates looked likely to impact its sales this year.

The company, which is headquartered in Salem, New Hampshire, but mostly operates out of the UK and Ireland and is listed on the London Stock Exchange (LSE), has just reported a solid increase in sales to $16.4 million last year.

That represented a rise of 5.3 per cent on the 2013 figure, while earnings before interest, tax, depreciation and amortization (EBITDA) swung to a $0.6 million profit from a loss of $0.7 million in 2013.

CEO Tim Losik, appointed in May 2013 following the departure of long-term chief Mark Blodgett, hailed the turnaround, describing 2014 as a “landmark year” in the company’s trading statement to the LSE.

Another key development since Losik took over as CEO was a significant change of ownership in August 2014, when the UK-based engineering company 600 Group bought a 26.3 per cent stake in ProPhotonix. And earlier this year, the company agreed a new licensing deal with its Cork, Ireland, neighbor the Tyndall National Institute.

“Our financial performance has dramatically improved during 2014,” reported the CEO. “Growth in revenue, improvement in the gross margin rate, and elimination of costs, all factor into the continued financial improvement of ProPhotonix.”

Order book shrinks
However, on the flip side, bookings in 2014 were down 9 per cent from the 2013 level, to $16.1 million, with the ProPhotonix book-to-bill ratio slipping into negative territory at 0.98.

“Several factors contributed to the decline in bookings and backlog,” Losik says, pointing to customers’ reluctance to place large “blanket” orders, and opting instead for smaller, short-cycle purchases.

Losik also cited a general softness of business and delays at several industrial customers, while recent fluctuations in foreign currency exchange rates have not been helping.

The CEO wrote: “Putting this in perspective, 2014 revenue would be $14.5 million using the March 18, 2015 exchange rates.” However, because the company’s operations are mostly in the UK and Ireland, profitability is likely to be less impacted than sales figures.

“ProPhotonix begins 2015 in a strong position, having completed many of the development projects that were in process at the beginning of 2014, and we are now well positioned to start receiving production orders to increase our overall revenue,” Losik summed up.

Because of the recent booking trends, macroeconomic environment and exchange rate impacts, he is exercising caution for the first half of 2015. “But we remain very positive about our business pipeline and confident in our ability to achieve continued positive momentum toward our profitability objectives,” he concluded.