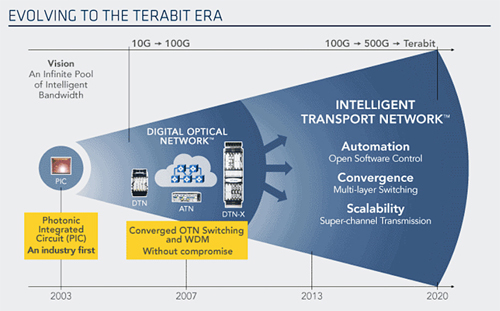 The trial included a range of advanced FlexCoherent modulation features that will continue to drive capacity and reach for the Intelligent Transport Network using the FlexCoherent Processor combined with photonic integrated circuit technology.

Infinera said the trial showed "dramatic improvement" in the optical reach and capacity that can be expected as these new fibers are deployed in the next generation of terrestrial and submarine fiber links. LA/LL fibers are being deployed in a handful of submarine cables now and are expected to be the technology of choice for future submarine cable builds.

However, the deployment of new LA/LL fiber in terrestrial applications could be delayed because of the large base of existing fiber, but there are already some early examples of such deployments. Existing fiber types typically have a much lower optical performance compared to LA/LL fiber.

High order modulations, such as 16QAM, promise to deliver double the capacity of QPSK at the expense of 80% reduction in reach, withexisting fiber types. This makes 8QAM a promising option over existing fibers for both submarine and terrestrial applications. In a recent submarine trial performed on existing fiber, 8QAM delivered a reach of over 2,200 km while increasing capacity by 50%. When the same test was performed on the new LA/LL fiber, 8QAM demonstrated an optical reach up to 7,400km with a 50% increase in fiber capacity.

Steve Grubb, Infinera Fellow, and the architect behind the trial, commented, "With the optical reach we achieved using this new type of LA/LL fiber we could envisage a future in which PM-QPSK could be used to close trans-Pacific links, PM-8QAM could cross the Atlantic, and PM-16QAM could span a European backbone. This would enable between 50 percent and 100 percent increase in new submarine or terrestrial cable capacity."

Eric Loos, Senior Product Manager Capacity & IP at BICS, added "This trial was extremely useful for our future network planning process. It's clear, that many of the trials of 16QAM in the market today are performed on these new fiber types because they dramatically improve the optical reach. When it comes to existing fiber types in the terrestrial applications, like SMF or LEAF, 16QAM can be useful at the shorter reach end of the scale, especially where no optical protection will be used.

"In contrast PM-8QAM seems to offer a sweet spot for longer metro, regional and even long haul distances, and could give us enough reach to include optical protection. 8QAM delivers a 50% capacity boost compared to QPSK, and that will be extremely useful for service providers facing the unprecedented demand increase from Cloud-based services."

”In the latest trial, we achieved an astonishing increase in reach over OFS Terawave fiber – 7,400km – which would be enough to close Atlantic submarine routes! Just to be clear the specific Terawave fiber we used in this test is a type that’s optimized for terrestrial transmission, and we may have been able to do even better if we’d used the submarine-optimized Terawave SLA+ or ULA Ocean Fibers.” 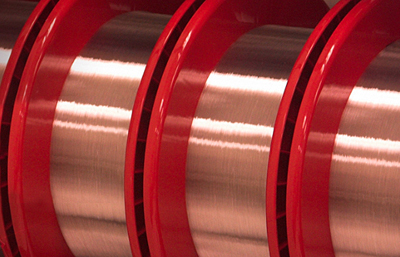