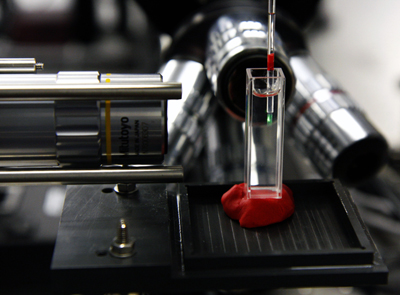 Researchers from Universidad Carlos III de Madrid (UC3M), the Chinese Academy of Sciences and other institutions are developing a technique which makes it possible to obtain diagnostic, three-dimensional images in real time. This enables scientists to rapidly discover the mechanism of many processes, ranging from how a fruit fly develops to whether a biopsy was correctly performed.

The technique uses Optical Projection Tomography (OPT), which is “similar to X-rays, but uses light,” explains UC3M researcher Jorge Ripoll, from the UC3M Department of Bioengineering and Aerospace Engineering. OPT may be considered as the optical equivalent of X-ray Computed Tomography or a medical CT scan. OPT assumes parallel ray projection as opposed to fan beam projection as is the case for X-ray CT.

By this technique, it is possible to use optical markers that are often used with transgenic animals (those with introduced “foreign” genes). One such marker is green fluorescent protein. By the presence of this substance, it is possible to observe the anatomy and functions of living organisms such as flies or small fish.

This research, recently published in the journal Scientific Reports, makes it possible to follow the development of living organisms up to 3mm long with three-dimensional images. These organisms, such as the zebrafish or the fruit fly, are frequently used in microscopic research. The fruit fly (Drosophila melanogaster), for example, has a genetic code where the counterparts of more than 60% of the genes of human illnesses can be found.

Ripoll says that the advance consists of being able to follow the development of these organisms, which normally appear opaque when viewed with a conventional microscope because they diffuse a lot of light when they approach adulthood. “It helps us visualize new stages,” says Ripoll. In this he way, he says, although “this technique cannot be used on living humans because our tissue is very opaque, it can be used to “take three-dimensional measurements of biopsies, which is very valuable to a surgeon,” as it would permit her to know if the surgery went as desired.

The way to put this technique into practice is simple, says Ripoll. “It consists of a source of light that stimulates the fluorescence and a camera that detects it” and has only one requirement: “that the sample rotates” as if X-rays were being taken of it. Afterwards, with that information, “we must construct a three-dimensional image,” he explains.

The development of this technique has been possible thanks to the support, among others, of researchers from the Chinese Academy of Sciences. These researchers “were responsible for creating the software so that the obtaining of images could be fast and effective,” he says. Along with this, he comments that the technology on which the techniques his Chinese colleagues use are based has its origins in the development of video games. 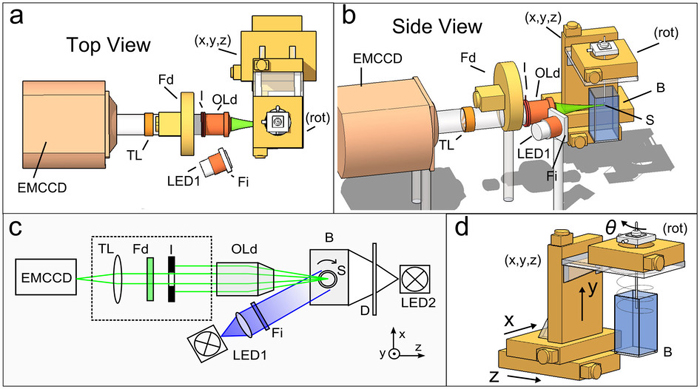