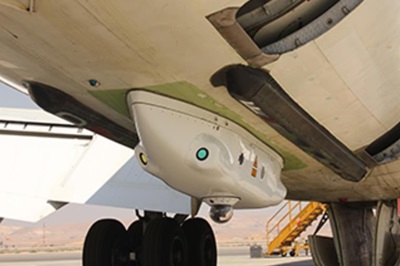 Its commercial multi-spectral infrared countermeasures (C-MUSIC) systems are set to be installed on board wide-bodied aircraft that belong to an unspecified country in the Asia-Pacific region. The contract will be completed over a two-year period.

The company has developed a family of “MUSIC” directed IR countermeasure (DIRCM) systems for both fixed-wing aircraft and helicopters. Other aircraft that already feature the systems include Blackhawk helicopters, which use the more compact “mini MUSIC” variant, and the Airbus A400M military transport plane, where the multi-spectral “J-MUSIC” version has been deployed.

Several Israeli passenger planes are also believed to have been fitted with the C-MUSIC systems. “C-MUSIC was selected by the Government of Israel to protect the Israeli commercial fleet,” reported Elbit previously. “The system has been designed to meet the highest demands required by civil aviation including high reliability, simple installation, low drag and no effect on crew workload.”

Fast thermal camera
According to Haifa-headquartered Elbit’s C-MUSIC literature, these particular systems use a fiber laser in combination with a high-rate thermal camera provided by FLIR Systems.

A small, highly dynamic mirror turret provides effective, reliable and affordable protection to all types of aircraft and under all operational conditions, claims the firm.

The C-MUSIC system is much heavier than the more basic MUSIC variant, weighing 160 kilos against MUSIC’s 45 kilos.

Elad Aharonson, the general manager of Elbit Systems’ “ISTAR” division, said in a company statement: "We are proud to have been chosen by another customer in the Asia-Pacific region, which is an important market for us. C-MUSIC provides effective self-protection against IR-seeking weapons that pose a growing threat for aviation, as the proliferation and capabilities of MANPADs continue to advance. We hope more customers will follow in choosing our cutting-edge DIRCM solutions."

According to Elbit’s most recent financial results, the company’s Electro-Optics division, which develops the various countermeasures technology, posted sales of $150.8 million in the first nine months of 2015.

That figure represented close to a 20 per cent decline on the equivalent period in 2014, when the same division delivered total sales of $182.5 million.