Japanese firm says it will begin working on a test unit for a 250W source before the end of the year. 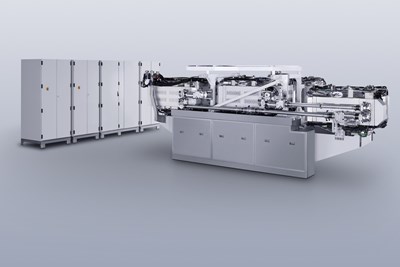 Gigaphoton says that it has made key progress developing an extreme ultraviolet (EUV) light source suitable for mass production of next-generation semiconductor chips.

The Japanese company, which is the only serious competitor to lithography equipment giant ASML as far as EUV sources are concerned, says that it has just demonstrated an output of 108 W with good output stability over a 24-hour period.

But more intriguingly, Gigaphoton adds that it plans to start operating a new high-output test unit by the end of 2015. Eventually, this test unit is expected to deliver a much higher output of 250 W – the long-desired target for economic mass production of logic and memory devices with EUV light.

Beset by technological difficulties for several years, EUV lithography did appear to be making its way into next-generation semiconductor fabs, with ASML announcing a major order for the equipment earlier this year.

However, a slowdown in capital equipment spending in the chip industry – evidenced by the latest SEMI survey – and news from key optics supplier Carl Zeiss that EUV deployment has again been delayed suggests some lingering difficulties for the transition.

That may allow time for Gigaphoton to catch up with ASML's Trumpf-powered EUV sources. The Japanese company has developed tin droplet generators capable of producing droplets 20 µm in diameter or smaller, and uses a combination of solid-state and carbon dioxide lasers (the latter provided by Mitsubishi Electric) to produce an EUV-emitting plasma from those droplets.

“Epochal results”
Gigaphoton CTO Hakaru Mizoguchi said in a statement timed for the SEMICON Japan event taking place this week in Tokyo: “Our ability to succeed with continuous operation for 24 hours at an output of 108 W indicates that we are close to completing an EUV light source that can operate stably with low running costs and high output, which is what semiconductor manufacturers are looking for.”

He also points out that the EUV light sources are now in use at the EUVL Infrastructure Development Center (EIDEC), helping Gigaphoton to accelerate its work on an EUV scanner.

“Not only am I certain that when we bring it to market we will herald the next generation of exposure technology, I am also confident that it will help us to improve semiconductor performance, and contribute epochal results to the growth of the industry as a new core technology that will support information technologies such as the Internet of Things,” Mizoguchi claimed.

• Both Gigaphoton and ASML will be well represented at the forthcoming SPIE Advanced Lithography symposium in San Jose, California. Running 21-25 February 2016, the event’s program features Anthony Yen from major chip maker TSMC, who will tell attendees that EUV lithography is on the cusp of becoming a mainstream patterning technology.

Yen is also chairing a keynote session in which Intel’s Britt Turkot and Seong Sue-Kim from Samsung will discuss the latest progress in EUV lithography. ASML and Gigaphoton are due to give several presentations in the conference, which features 15 technical sessions dedicated to EUV developments.