Karl Deisseroth and Ed Boyden win $3M each and rub shoulders with the likes of Russell Crowe and Pharrell Williams on the red carpet in Silicon Valley. 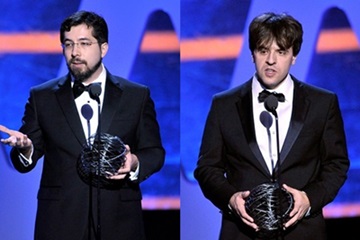 Optogenetics pioneers Karl Deisseroth and Ed Boyden have each won a Breakthrough Prize in Life Sciences, and received their awards at a gala event studded with Hollywood A-listers and pop stars.

Stanford’s Deisseroth and Boyden, from the Massachusetts Institute of Technology (MIT), who also receive $3 million each as part of the award, are two of the leading exponents in a burgeoning field that uses light to control and characterize brain function.

Perhaps more used to the rabbit warren of corridors beneath San Francisco’s Moscone Center, where both researchers have presented at the SPIE BiOS symposium in recent years, than the red carpet treatment, Boyden and Deisseroth collected their prizes alongside the likes of actors Kate Hudson and Russell Crowe, pop stars Pharrell Williams, Lana Del Rey and Christina Aguilera, and “rock-star” tech entrepreneurs Sergey Brin and Mark Zuckerberg. 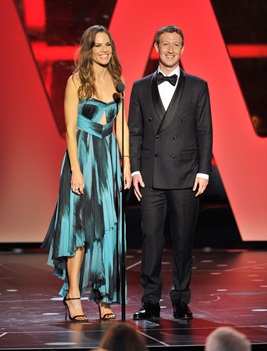 Along with key benefactor and physicist-turned-entrepreneur Yuri Milner, Zuckerberg and Brin are among the founders of the Breakthrough Prize awards, a mash-up of the Oscars and Nobel prizes designed to recognize and celebrate some of the world’s leading scientists in a much more high-profile manner than they are used to.

Broadcast live on the National Geographic TV channel, the 3rd Annual Breakthrough Awards ceremony was even hosted by Family Guy creator Seth MacFarlane, who has performed the same role at the Oscars. Zuckerberg said of the event:

“By challenging conventional thinking and expanding knowledge over the long term, scientists can solve the biggest problems of our time. The Breakthrough Prize honors achievements in science and math so we can encourage more pioneering research and celebrate scientists as the heroes they truly are.”

Brain illumination
In total, the ceremony saw $22 million in cash prizes handed out to the winning researchers and their teams. Winners in the life sciences category each took home $3 million.

As well as Boyden and Deisseroth, they included John Hardy from University College London in the UK, Helen Hobbs from the University of Texas Southwestern Medical Center and Howard Hughes Medical Institute, and Svante Pääbo from the Max Planck Institute for Evolutionary Anthropology in Germany. 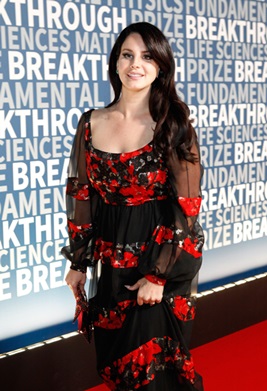 Both Boyden and Deisseroth’s work revolves around the interaction of light and the brain: in optogenetics, photons are able to control neurons that have been “programmed” to express light-activated ion channels and pumps.

In a statement, Stanford’s Lloyd Minor, dean of the School of Medicine, praised Deisseroth for his approach to research. He said:

"The human brain has been called the most complicated object in the universe, but that hasn't daunted Karl's quest to understand it. If anything it seems the challenge has inspired him to develop techniques to see inside this most important of black boxes. This passion to understand the mind, combined with his intelligence and creativity, led to his pioneering role in creating optogenetics."

Blind leaps and mysteries
Deisseroth himself said: "The suffering of the mentally ill and the mysteries of the brain are so deep that, to make progress, we need to take big risks and blind leaps. The members of my lab have taken a leap: borrowing genes from microbes to control the brain."

"Optogenetics' biggest impact by far has been in enabling thousands of discoveries about how neural circuits control behavior," he added. "I hope this technology will continue to be used to discover many more principles of nervous-system function, in health and in neurological and psychiatric disease."

Boyden, who worked closely with Deisseroth while studying for a PhD at Stanford, how heads up the synthetic neurobiology group at MIT. It isn’t the first time that the two have won high-profile awards. In 2013, they were among six researchers to share Denmark’s annual €1 million prize for brain research – awarded by the Grete Lundbeck European Brain Research Prize Foundation.

• The Breakthrough Prize recognition is likely to make optogenetics an even more popular topic at the forthcoming BiOS symposium, part of the Photonics West event in San Francisco organized by optics.org publisher SPIE. 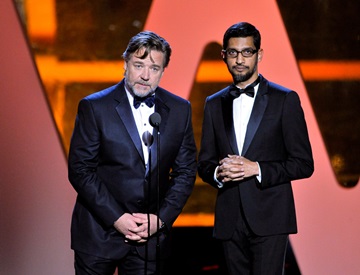 Taking place 13-14 February at the Moscone Center, the Optogenetics and Optical Manipulation conference chaired by Samarendra Mohanty from the University of Texas at Arlington and Nitish Thakor from Johns Hopkins University, is part of the wider Neurophotonics, Neurosurgery and Optogenetics track organized by Columbia’s Rafael Yuste.