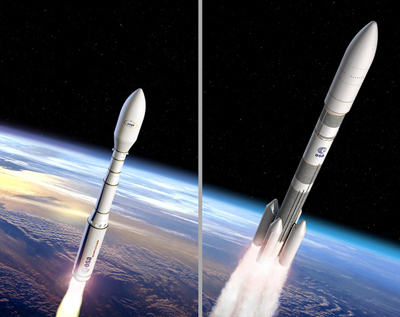 Following successful bench testing and deployment in terrestrial and aerospace engines, CTR is to start work with Airbus Safran Launchers on a new laser ignition system for use in space. The researchers hope that the laser ignition system could first be used in the forthcoming Ariane 6 launch vehicle currently under development.

In previous projects with research carried out on test benches at the German Aerospace Centre, the CTR team already showed that the HiPoLas laser system is suitable for igniting rocket engines. The new research contract is focused on making the system fit for space and thus helping to develop a new generation of European launch vehicles.

Gerhard Kroupa, CTR’s project manager, said, "This contract is recognition of the successful research and development work we have been doing over the past few years. We have adapted the HiPoLas laser ignition system many times to various different piston engines for cars and to deliver power for turbines in airplanes and most recently for engines in satellites and launchers. The system has also undergone extensive testing. We now intend to integrate the ignition system in a combustion chamber for cryogenic fuels and adapt it to the extreme demands required for subsequent use in space."

This means the associated materials, components and the complete system including electronics must meet the complex technical specifications and standards required for space travel. Given the extreme mechanical loads during launch and the high temperatures and pressures in the combustion chamber, great demands are placed on the system's robustness. In addition to durability, the researchers also aim to improve cost efficiency over conventional ignition systems.

Depending on the results of the development project, CTR said that the laser ignition system could also be taken into consideration in ongoing development of the Ariane 6 launcher. Scheduled for 2020, Ariane 6's maiden flight will, according to ESA, “continue to secure Europe's access to space”. 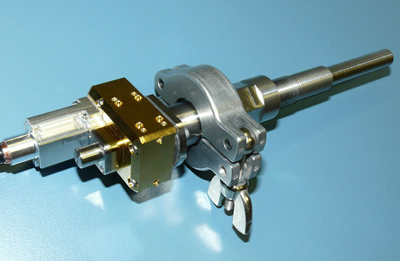 CTR has researched the development of compact, diode-pumped solid-state lasers and ignition systems as well as their integration into various industrial applications. Miniaturizing the laser source, which does not require any adjustable elements at all and can therefore withstand extreme temperatures and vibrations, has several advantages: a high degree of flexibility regarding the position of the ignition plasma inside the combustion chamber and a much higher pulse power compared with electrical ignition systems enable more reliable ignition even with complex mixture ratios and high fuel velocities.

As a research centre for smart sensors and system integration, CTR is one of a few non-university research facilities in Austria. Its mission and goal is to develop advanced products and processes based on integrated sensors, micro and nano systems. Established in 1997, CTR conducts research in regional, national and international R&D projects, is a member of Forschung Austria and has filed numerous patents with partners in science and industry. CTR is also part of Austria's COMET research program with the ASSIC centre of excellence - Austrian Smart Systems Integration Research Center.

The following video shows a simulation of launch and orbit of Ariane6, produced by the European Space Agency. Agreed upon in Luxembourg by the European Space Agency council meeting at Ministerial level, Ariane 6 is a modular three-stage launcher (solid–cryogenic–cryogenic) with two configurations using: four boosters (A64) or two boosters (A62). Video released December 2014.