$10.6 BN takeover of KLA-Tencor by Lam sets up rival to Applied Materials and a huge purchaser of laser and photonics equipment. 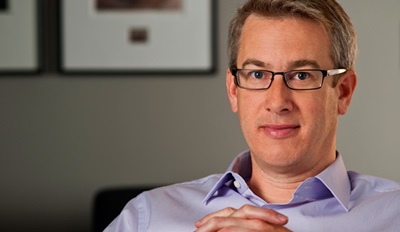 Two of the world’s largest providers of tools used to make semiconductor chips are set to join forces in a takeover deal valued at $10.6 billion.

Lam Research said that it would buy KLA-Tencor in a cash-plus-stock agreement that should create a major rival to Applied Materials by the middle of 2016 – assuming that shareholder and regulatory approvals are received.

The combined entity, which will continue to be named Lam Research, would have annual sales in the region of $8.7 billion – compared with Applied Materials’ anticipated fiscal 2015 turnover of nearly $10 billion and ASML’s predicted $7.1 billion.

Lam’s CEO Martin Anstice will also remain CEO of the combined company, with two board members from KLA set to join the merged entity’s board of directors once the deal is done.

25% premium
Semiconductor industry watchers had been anticipating the merger for some time, although KLA had been perceived by some as playing “hard to get”. But the prospects of the two parties agreeing a deal improved with the stock price of KLA dropping some 30 per cent over the past year as demand for chip manufacturing and metrology equipment has waned.

With Lam’s offer equating to a premium of around 25 per cent on KLA’s October 20 closing price, the latter’s stock rose immediately by a similar degree on news of the deal.

Anstice highlighted that the agreement brings expertise in wafer processing equipment from Lam together with long-standing prowess in metrology and process control from KLA-Tencor. As such, KLA is a major purchaser of laser and photonics equipment and a key customer for the like of Coherent, Newport and others selling into semiconductor equipment applications.

Strategic thinking
KLA’s CEO Rick Wallace, whose future role post-merger has not yet been made clear, said: “The combined company will be uniquely positioned to work collaboratively with our customers to help them meet the challenges of FinFET, multi-patterning and 3D NAND development.” 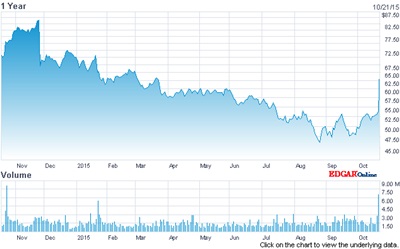 In a conference call to discuss the planned deal, both CEOs stressed the strategic nature of the merger, focusing on the need for the chip industry to solve critical production challenges as it attempts to keep Moore’s law on track with highly complex new technologies like multi-patterning and extreme ultraviolet (EUV) lithography.

“This is not about reducing costs,” said Anstice. “It’s very strategic.” Wallace added: “It will enable the industry to move forward and meet the challenges of scaling Moore’s law. This is about enabling the future.”

Critical needs
Given the almost total lack of product overlap, as well as a perception that process control equipment will become increasingly integrated with wafer processing tools as the industry gets to grips with rising complexities, the two CEOs expect the combination to create a business that is greater than the sum of its present parts.

Anstice said that the process control requirements of chip-manufacturing customers will become particularly critical at the 7 nm “node”.

That is where ASML now expects EUV lithography to start making an impact, but with EUV tools still at the developmental stage there remains a great deal of uncertainty about exactly when and how that will happen.

Though he did not mention EUV specifically, Anstice did admit that there was “uncertainty about a lot of things” in the industry, and that part of the rationale behind the KLA merger was to be at the center of the conversation when chip makers decide how to scale their manufacturing processes in the future.

“This [deal] is not about dominance,” he said during the investor conference call. “It’s about providing more solutions and enabling more choices for customers.”

Regulatory issues
Given that Applied Materials’ planned acquisition of Tokyo Electron was rejected by industry regulators recently, there may be some fears that the Lam/KLA deal will suffer the same fate. However, Anstice suggested that there ought to be more widespread support this time, with chip manufacturing customers aware that ever tighter control of their processes is critical for advanced scaling.

He and Wallace see particular opportunities in meeting the challenges of multi-patterning lithography, a very complex and expensive step that has emerged as something of a stop-gap approach following delays with EUV lithography development. Other areas where KLA’s metrology tools could make more of an impact include various deposition, etching and cleaning steps used to make logic devices.

The cash for the proposed deal will be provided partly through the two companies’ existing balance sheets, and partly through nearly $4 billion in debt financing organized by Goldman Sachs.

The companies added that although they will be able to save around $250 million in annual running costs following the merger – half of which will be achieved through headcount reductions – they want to maintain current levels of spending on research and development.

Lam added that paying off the debt financing needed to complete the deal will be another priority. Both companies reckon that their sales will increase next year, even though they agree with industry projections that total sales of wafer processing equipment will drop slightly to around $35 billion.