University of Michigan Medical School team is the latest to evaluate the utility of Raman spectroscopy for the operating room. 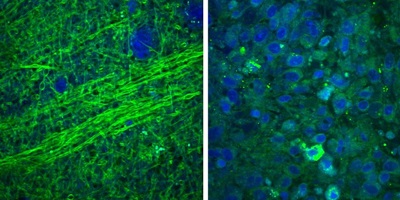 A research team including Harvard professor Sunney Xie and spin-out company Invenio Imaging is the latest to suggest that Raman spectroscopy could be used for real-time differentiation between healthy and malign brain tissue in the operating room.

Xie, renowned for his work on various Raman techniques for biophotonics applications, scooped the 2008 Berthold Leibinger Zukunftspreis for applied laser technology. He is now collaborating with a group led by Daniel Orringer at the University of Michigan to develop a stimulated Raman scattering microscope suitable for surgical use.

The team has just published a paper outlining the approach in the journal Science Translational Medicine, in which they detail the analysis of tissue samples from 22 neurosurgery patients – the first clinical test of the technology.

Although the technique is some way from being ready for surgical use, the initial results look promising. The Raman microscope is able to distinguish between protein and lipids in brain tissue infiltrated by tumors, and according to the abstract of the paper yielded “near perfect agreement” with standard histopathology analysis of the same samples.

The potentially huge advantage of the Raman technique over that “gold standard” is that it could provide surgeons with real-time data indicating exactly how far into apparently normal tissue tumor cells have spread.

"We're able to visualize tumor [cells] that otherwise would be invisible to the surgeon in the operating room," Orringer said. "It allows the surgical decision-making process to become data driven instead of relying on the surgeon's best guess.”

Surgical debut
The US team is not the only one to be working on the Raman approach in neurosurgery. In the UK, surgeons at London’s Charing Cross Hospital have already gone a step further, and are currently testing the technique on patients in the operating room.

That work involves optical biopsy equipment developed by the Canadian firm Verisante Technology, and is believed to represent the very first application of Raman spectroscopy during human brain surgery.

Orringer and the University of Michigan team are hopeful that if their tests on tissue samples continue to go well, the Raman microscopy approach could be submitted to the Food & Drug Administration (FDA) for clinical approval within two years.

Right now they are working on a second-generation version of the system that would be suited to surgical use. “The next version of the device would sit close to the operating table,” they say. “Surgeons could readily insert a fresh tissue sample into the device, which would generate microscopic images on the spot. The entire medical team would be able to use and understand the device easily and the images produced would help determine immediately whether more surgery is required.”

Invenio Imaging
Richard Conroy, director of the Division of Applied Science & Technology at the National Institute of Biomedical Imaging and Bioengineering at the US National Institutes of Health - which provided funding to develop the Raman technology – added:

"This technology has the potential to resolve a long-standing issue in cancer surgery, which is the need for faster and more effective methods to assess whether a tumor has been fully removed.

"The ability to determine tumor margins without having to send samples to a pathologist could increase patient safety and improve outcomes by shortening the length of surgeries and reducing the number of cases where cancer cells are left behind.”

Both Orringer and Xie are advisors and shareholders in Invenio Imaging, the company that is developing the stimulated Raman scattering microscope. Set up in 2012 and headquartered out of Menlo Park in California, it is also working on a novel dual-wavelength fiber laser platform that it is claimed could make coherent Raman scattering microscopy suitable in virtually any environment.