by Ford Burkhart
Proposals with nationwide scope from New York and Florida have emerged as two leading competitors to create a $220 million Integrated Photonics Institute for Manufacturing Innovation, or IP-IMI.

The two bids have been shortlisted for a final round of applications by the US Department of Defense (DOD), which is organizing the funding competition through the Air Force Research Laboratory (AFRL). Whether any more bids are to make the final round is not yet clear * [see update below].

The New York team focused on resources in Rochester and at the State University of New York (SUNY) Polytechnic Institute, but quickly declared it would have more than 40 others on board. Its coast-to-coast plan cites key roles for Arizona, California and Massachusetts institutions, adding: “work will be performed across several partner facilities spanning the continental United States.”

As expected, the Florida group is anchored by the University of Central Florida (UCF). The group is called PRISM, short for “Photonics Research Institute for Sustainable Manufacturing”. Florida Congressman Alan Grayson praised UCF as “a global leader in the photonics field...uniquely positioned to lead this nationwide effort.”

PRISM representatives said the Florida plan has major support from a manufacturing research facility in Osceola County. It also cites 55 photonics industry partners and four other universities - Georgia Institute of Technology, the University of Alabama-Huntsville, Clemson University, and the University of Illinois. 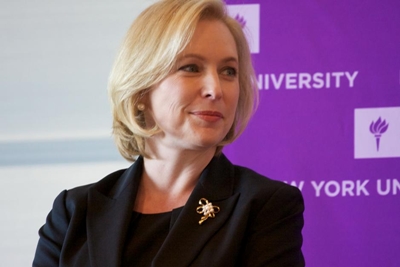 NY Senator: “a real game-changer”
The New York team’s announcement emerged from the state’s two senators, Charles Schumer and Kirsten Gillibrand. As expected, it proposed Rochester, in upstate New York, and SUNY as the lead institutions. It mentioned a key role for Rochester Institute of Technology (RIT).

Schumer’s endorsement of the proposal said: “Rochester is home to the world’s greatest concentration of companies, university programs, and expertise in the field of photonics, and this proposed partnership between the University of Rochester and SUNY Polytechnic Institute would further position Rochester as a global leader in this cutting-edge industry.

“Being selected as the country’s photonics hub would be a real game-changer for Rochester, and I will continue to push the DOD to choose this application. It has the potential to galvanize the workforce, transform the local economy, and create jobs, jobs, jobs throughout the region. There is no better place to start building and strengthening a transformative domestic base for photonics innovation than in Rochester and Upstate New York.”

Gillibrand added: “Rochester would be the perfect home for the new National Institute of Photonics [sic], and this selection to the final phase of consideration shows that upstate New York's strong community of manufacturers and innovators is prime for these types of investments.

“When Senator Schumer and I wrote to the DOD urging them to locate this exciting program upstate, we knew our brilliant students, researchers, teachers and professors, along with an unmatched workforce, would help move our nation to the forefront of this field. I will continue to do all I can to secure this institute for New York so we have opportunity to lead the way to more high-tech jobs, upstate and across the country.”

It added that SUNY Polytechnic Institute has expertise in nanoscale electronics and the packaging of chips at its campuses in Albany, Utica and Canandaigua.

More than 24,000 workers across 100 companies currently manufacturing goods for the optics and photonics industry supply chain are said to be based in the Rochester area, including 50 small and medium-sized businesses.

Research, development, and manufacturing activity could take place at what the New York team called “existing photonics member facilities” in New York and sites across the country; including California, Massachusetts and, interestingly, Arizona.

Political support for PRISM came from several members of congress including John Mica of Winter Park, whose district includes UCF. Congressman Dan Webster, who represents part of the Interstate 4 highway corridor, said “The University of Central Florida College of Optics and Photonics is a recognized leader in photonics-related R&D, and I am excited for the positive impact that this industry cluster will have on Florida’s economic stability. Photonics is a critical aspect to our national security and global competitiveness, and I am in full support of UCF’s new initiative.”

For the next stage of the IP-IMI competition, applications are due March 31 - with the final selection of the winning bid expected in June.

• Update: A statement from the National Photonics Initiative (NPI) confirmed that a third consortium, led by the University of Southern California, had also been shortlisted for the IP-IMI. The three finalists are now invited to submit full proposals by the end of March.

Ford Burkhart is a freelance writer based in Arizona.