Stock price of the laser company rises sharply despite a drop in bookings. 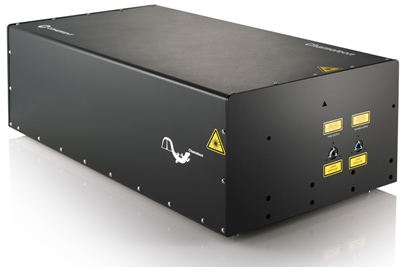 The stock price of key laser developer Coherent rose more than 10 per cent following the company’s latest financial update, despite it posting a sequential fall in both sales and bookings.

The Santa Clara firm reported sales of $200.6 million for the three months ending December 27, up year-on-year but down from $205.3 million in the September quarter.

Quarterly bookings of $162.5 million were down very sharply on the $201.5 million figure posted last January. But after first paying tribute to laser co-inventor Charles Townes, who died earlier in the week, Coherent’s CEO John Ambroseo pointed out that the bookings level a year ago had been inflated by a huge order for excimer lasers that are set to be used in the production of displays.

“Orders reflected the timing of certain OEM bookings and are not indicative of either a market slowdown or changes in market share,” he reassured investors, adding that the company had now delivered the first “Triple Vyper” Linebeam 1500 system that forms part of that large excimer laser deal. The tool is said to set a new standard for low-temperature polysilicon (LTPS) production.

“The system is undergoing production qualification at the end user’s facility,” he added. “We plan to ship the second 1500 system by the end of the current fiscal quarter. The third and final unit from the original order is scheduled for the fourth fiscal quarter of 2015 per the customer’s request.”

On the bottom line, Coherent’s net income rose strongly, up nearly 50 per cent year-on-year to $17.4 million. That and an outlook suggesting that sales revenues would be 10 per cent higher in the second half of the current financial year than in the first half appeared to impress investors.

If correct, that would see Coherent deliver sales of around $840 million in the year to September 2015 – which would represent a 5.7 percent uptick from the fiscal 2014 total of $795 million.

3D printing and optogenetics targets
Applications in displays and semiconductor production remain the most significant in Coherent’s portfolio, but among the other trends powering that anticipated increase is 3D printing. “The numbers for additive manufacturing are showing positive trends,” Ambroseo told an investor conference call.

“For us, this has manifested as orders for CO2 and ultraviolet lasers in polymer processes. It also appears to be driving demand for mid-power [lasers], meaning 500 W to kilowatt fiber lasers and direct-diode systems.”

Elsewhere, biological imaging continues to create the largest opportunity in scientific research. The CEO said: “Our Chameleon product line is a workhorse in this area and [in November] we released the newest version at the Neuroscience Conference.”

Unlike previous versions, the new Chameleon Discovery is not based around a Ti:sapphire resonator. Instead it combines an ytterbium laser and an internally sourced optical parametric oscillator (OPO) to generate 100 femtosecond pulses tunable between 600 nm and 1300 nm.

“The combination allows investigators to target reagents and reactions not easily accessible with Ti:Sapphire,” Ambroseo said. “While we have offered OPOs with earlier versions of Chameleon, they were pass-throughs from a vendor. The unit paired with Discovery is a Coherent-developed device, which is part of our longer-term strategy to reduce costs by owning key components and subsystems.”

One key target application is in the hot research area of optogenetics, where multi-wavelength excitation of different fluorescent molecules like opsins is particularly useful. Advanced analytical techniques like coherent anti-Stokes Raman spectroscopy (CARS) are another target area.

• Following the latest financial update, Coherent's stock price rose more than 10 per cent in early trading on the Nasdaq exchange. With shares changing hands at just over $61, the company's market capitalization stands at around $1.5 billion.