Optical biopsy scanner developed in Canada will be used for spectral mapping of brain tissue during surgery. 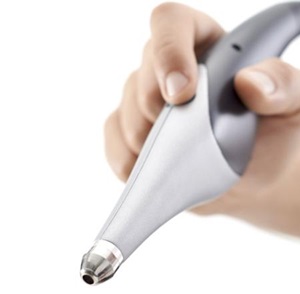 The Charing Cross Hospital in central London is to evaluate the effectiveness of a novel photonics technology for diagnosing brain tumors and real-time mapping of the boundary between diseased and healthy surrounding tissue.

Verisante Technology’s optical biopsy platform, which has won numerous technical accolades including a Prism Award at Photonics West 2013, is based on Raman spectroscopy. Licensed exclusively from the British Columbia Cancer Agency in Canada, it can distinguish between different types of tissue based on their infrared molecular signatures.

Neurosurgeon Babar Vaqas, the principal investigator for the clinical study, said in Verisante’s announcement: "This study will be unique in that it will be the first ever application of Raman spectroscopy during human brain surgery."

Vaqas believes that the "Core" version of the probe will allow him to see “beyond the naked eye”, and map brain tumors in real time while patients are undergoing surgery. For neurosurgeons in particular, being able to see and remove all of the tumor tissue without damaging any surrounding healthy brain tissue is crucial.

"It will allow us to determine if tissue is tumor or not tumor (not easily done by the eye alone), what type of tumor it is, and will help determine the tumor border to help with more complete resection of these tumors," Vaqas told optics.org.

Probe in use "soon"
Haishan Zeng, a researcher at the BC Cancer Agency who is cited by Verisante as a co-inventor of the screening technique, is also collaborating on the project. Zeng is leading the development of the endoscopic probe to be used, and said:

“Using Verisante Core for delineation of brain tumor margins could be a significant new use for the device.”

According to the UK’s Clinical Research Network database the clinical study at Charing Cross Hospital, part of the Imperial College Healthcare NHS Trust, aims to enrol 40 patients. They will comprise adults suspected of having brain tumors undergoing routine elective surgery.

Vaqas expects to use the new probe "very soon", and the study to run for 6-12 months. Results should be published shortly afterwards.

Early versions of Verisante’s Core probe have previously been used to diagnose other types of cancer, by analyzing the spectral response of suspect lesions. An earlier study at Vancouver General Hospital had shown promising results for lung cancer diagnosis, where it can be applied via an adapted bronchoscope.

High hopes
Vaqas has high hopes for the Raman technique, saying that it appears to be very useful in dermatology applications in helping determine cancerous skin lesions.

"In brain surgery the true value of a non-destructive, rapid optical technique will be most apparent, as the gold standard is currently a frozen tissue section from which it takes up to an hour to get a result," he pointed out. "I hope this will help improve the speed and accuracy of our brain tumor diagnostics making our treatment pathway more efficient."

The brain surgeon is also trialing a technology known as the "intelligent knife (iKnife)", though it is based on mass spectrometry rather than optical phenomena. "This seems to be quite promising at the moment," he told optics.org, although the study is still in the data collection phase for the moment. 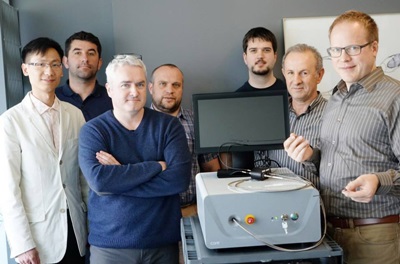 Other clinical studies are also under way, specifically for nasopharyngeal (throat) and colon cancers, while in May 2014 Verisante said it had completed the design of a commercial prototype of the Core product for lung cancer diagnosis. That is set to be used to prepare applications for regulatory approval in Canada, the US, Europe and China.

Previously known as “T-Ray Science”, the small company has been listed on the Toronto stock market since it completed a C$1.5 million initial public offering back in December 2009.