Lidar-based sensing method will measure atmospheric concentrations of molecules such as carbon dioxide. 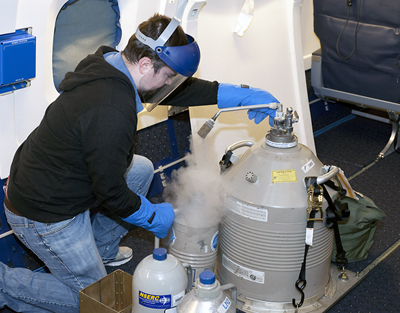 Aerospace, defense and information solutions provider Exelis has won a $3.5 million NASA contract to support research to improve understanding of climate change by tracking how weather systems transport carbon dioxide, methane and other gases in the atmosphere.

As part of the Atmospheric Carbon and Transport-America project, Exelis will modify its Multi-Functional Fiber Laser Lidar (LIght Detection And Ranging) for integration into a NASA aircraft and provide support to five extensive flight campaigns to collect regional carbon dioxide measurements. Exelis will work with Penn State University, Pa, and NASA Langley Research Center scientists and engineers on the project.

The research goal is to improve identification and predictions of carbon dioxide and methane sources and sinks using spaceborne, airborne and ground-based data over the eastern half of the United States. Jeremy Dobler, Exelis’s program manager and senior scientist, commented, “This is key because we really don’t know enough about the carbon cycle to take steps to predict and manage its environmental effects.”

The Exelis MFLL is an active Lidar and is a remote sensing method that uses light in the form of an intensity modulated continuous wave laser to measure the difference in absorption of the atmosphere at two closely-spaced wavelengths. The different absorption along with a measurement of range can be used to determine the number of a specific molecule such as carbon dioxide in that column of air. Unlike passive instruments measuring carbon dioxide, active Lidar can take measurements at night, at high latitudes and through thin clouds enabling the collection of a more complete data set.

“The Exelis laser LIDAR takes accurate measurements of CO2 concentrations in the lower atmosphere where sources and sinks of carbon dioxide are located and where the data is relevant for addressing environmental impact,” Dobler said.

The NASA contract is the latest of several climate-related ground-, air- and space-based climate monitoring programs Exelis has won in 2014. In June, NASA awarded Exelis a contract to build a Radiation Budget Instrument that will provide more accurate measurements of reflected sunlight and thermal radiation on Earth. In March 2014, the Japanese Aerospace Exploration Agency awarded Exelis a contract to build the primary payload for the Greenhouse Gas Observing Satellite-2 that will measure global atmospheric CO2 and methane. Exelis also won a U.S. Department of Energy grant for carbon sequestration assessment in September 2013.