Sales of MV components and systems increased 11% to $1.04bn in six months to June, but growth expected to flatten in second half. 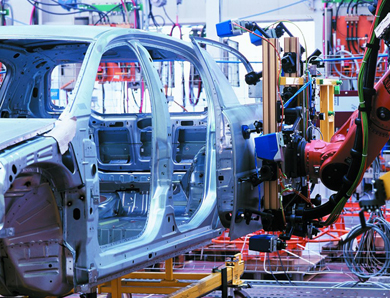 North American sales of MV equipment exceeded $1bn in first half of 2014.

Total sales of machine vision (MV) components and systems in North America increased 11% to $1.04 bn in the first half of 2014, according to new statistics issued by trade association the AIA. This is the best first half performance by the North American market since AIA began tracking quarterly statistics in 2009.

Machine vision sales include sales of components and systems; total MV component sales rose 28% to $155m in the six months to June 2014, while total system sales were up nine percent to $886m.

AIA President Jeff Burnstein commented,“It is great to see record machine vision sales in North America this year. More North American companies are realizing the benefits of automating with MV, and that is a positive long-term sign for our industry.”

But Alex Shikany, AIA’s Director of Market Analysis, cautioned, “Despite the booming market and manufacturing sector, the AIA membership is tempering its expectations for the second half of the year. Our most recent survey of industry experts shows that the majority of AIA members believe component and systems markets will remain flat in the next six months.”

In addition to its quarterly sales tracking report, AIA offers its 2013 Machine Vision Camera Market Study, which is available at a discounted rate to AIA members. AIA also prepares studies on special topics, such as Life Sciences, which it makes available to all AIA members free of charge on its website.

The upbeat North American market report follows German industry group VDMA’s generally positive assessment of the European market for vision system sales. In July 2014, the VDMA reported that Europe’s MV sector turnover grew more strongly than it had expected – by almost 10% in 2013 and, for 2014, the association expected further annual growth of 12%.