Conference co-chairs Jean-Luc Beylat, from Alcatel-Lucent Bell Labs France and Jean-Claude Simon of the University of Rennes, explained how ECOC 2014 had presented a fresh face to the thousands of attendees:

"Considering switching and high capacity transmission, there was a new momentum for research on large port-count optical packet switches, and numerous new contributions on non-linear distortion and their mitigation by digital signal processing. There was also much discussion of how network function virtualization could reshape the optical transport network, and on the value of bandwidth-variable transceivers for flexible grooming and bandwidth optimization.

"Optical access and indoor technologies were also under the spotlight, notably through the ubiquitous deployment of high-modulation formats techniques, and a notable come-back for free-space optics for interconnects in data centers."

In parallel with the conference, this year’s ECOC exhibition attracted more than 300 exhibitors, covering a wide range of optical communications products and services, of which some of the highlights are detailed below. 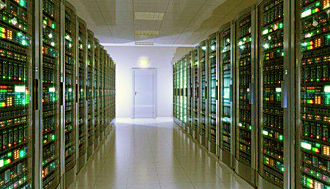 Traditional OM4 fibres offer high bandwidth in a narrow band centred around 850nm. To satisfy the exponentially increasing information demand in data centers, the capacity of WideCap-OM4 has been extended to longer wavelengths up to 950nm. WideCap-OM4 and multi-wavelength systems are a viable solution for 40, 100 and 400Gbps transmission.

Oclaro claimed it was be the first company to demonstrate a 200G coherent transceiver. This next-generation coherent module features an “industry-leading” power dissipation of only 12W, and its small CFP2 form factor enables users to be early to market with 400G line cards, which deliver optimum density and performance for data center interconnects and metro/regional packet optical transport networks.

Adam Carter, Chief Commercial Officer at Oclaro, said, “This important 200G milestone validates our strategy to focus on delivering differentiated products that leverage our core competencies and raise the bar on density, performance, and power efficiency."

Finisar gave what it described as the industry's first demonstration of a 50Gbit/s optical interface based on silicon photonics technology. The technology concept shows both 40G and 50G NRZ-based transceiver modules running error-free on a single wavelength over single-mode fiber.

Craig Thompson, Senior Director of Strategic Marketing, Finisar, said, "Our demos of various 40G and 50G serial optical technologies are important for the industry in order to gain consensus about which technologies to adopt for next generation of Ethernet that will lower costs and drive rapid adoption. The biggest challenge in bringing 50G to market is the engineering of the total system, the optics, ICs, packaging and firmware control, and designing it for high-volume manufacturing."

Luca Cafiero, Senior VP and General Manager of Insieme BU at Cisco Systems, added, "To date, Cisco has made a significant investment in silicon photonics and we are excited to see Finisar advancing the development of this important technology. Silicon photonics technology has the potential to close the gap between switch ASIC and optical transceiver development cycles." 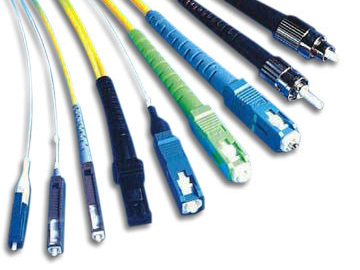 Coincident with this week’s ECOC event, market analyst ElectroniCast Consultants published its annual market forecast and analysis of the use of fiber-optic connectors and mechanical splices in communication applications.

Stephen Montgomery, Director of the Fiber Optic Component group, commented, “The multimode LC small form factor connector will maintain the leadership position in relative market share as well as increasing at an average annual rate of 20%.” Fastest annual growth is set to come from the use of multi-fiber and multichannel fiber optic connectors, which are set for explosive growth, led by MXC fiber connectors with triple-digit increases through 2018.

The newly-released connector design enables more fibers (up to 64 fibers at 25G) to be accommodated in fast-paced server/storage data center and other applications. Both the single-mode and the multimode MXC fiber optic connectors are forecast to reach strong values by 2018.