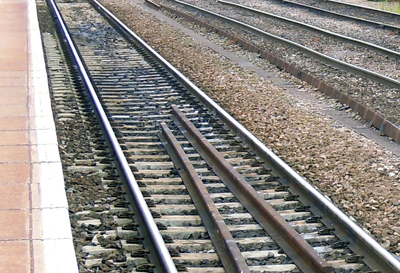 An optical sensor system that gauges rail tracks quickly, reliably and safely has been developed and commercialized by Germany’s Fraunhofer IPM R&D center in Freiburg. The Rail Track Scanner (RTS) detects geometrical irregularities using a laser scanner and generates a three-dimensional image during the process.

The RTS is small and compact – and can easily be mounted on rail vehicles. Fraunhofer IPM is exhibiting the system at the Innotrans Trade Fair for Transport Technology between September 23-26 in Berlin, Germany. 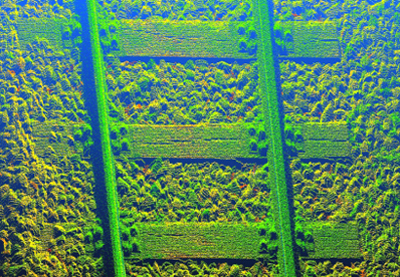 Several rail track parameters must be measured regularly in order to maintain a safe rail track infrastructure. Irregularities in geometry on the rail tracks, which are subject to tension, may lead to abrupt cracking and thus to a “domino effect”, where rail tracks and sleepers may break over long distances.

Nowadays, the condition of the rail track infrastructure is generally recorded with the aid of camera-based systems. This entails the disadvantages of dependence on ambient light or artificial lighting, elaborate processing and evaluation of the data as well as the high memory capacity needed to store many such photographic images.

The RTS, already being used by Swiss company iNovitas, is claimed to be the first laser scanner to be used for geometric gauging of rail tracks, railhead, sleepers and track bed. A specially-designed optical structure allows the scanner to be mounted only 1.2m above the track bed. The laser scans the rail tracks transversely with respect to the forward motion of the measuring vehicle over a width of approximately 1.7m. A detailed, three- dimensional image of the rail tracks and the infrastructure directly linked to it is produced using up to 800 profiles and two million measurements per second.

Suitable algorithms allow parameters such as distance, height and inclination of the rail track or the railhead geometry to be extracted from the point cloud generated in this way and to be compared with target profiles. The scan frequency can be adapted flexibly to the relevant task. Topographical structures or changes in structure are detected reliably with a measurement uncertainty of less than one millimeter.

Fraunhofer IPM’s Dr. Alexander Reiterer, a lead developer of the system, told optics.org, “This development is now complete and we are marketing this system to the rail inspection industry, especially at the forthcoming Innotrans show. The Fraunhofer IPM develops optical measuring systems for monitoring rail and road infrastructure, with the aim of supplying turn-key solutions for the special requirements of infrastructure operators and gauging service providers.”

The robust, shoebox-sized scanner can be mounted on any rail vehicle. This means that the RTS offers a low-cost option for automatic gauging of rail track infrastructure even without the need for a special-purpose measuring vehicle. The scanner operates with an eye-safe infrared laser (laser class I) and can be used without any restriction in the public places. The iNovitas Swiss mobile mapping service provider is the system’s first customer and using the RTS for the metrological assessment of narrow gauge tracks in Switzerland.