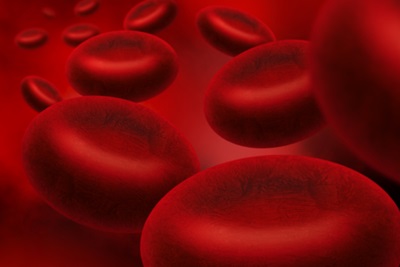 A new non-invasive method for measuring the movement of red blood cells under the surface of the skin could offer an improved way to assess blood flow in deep tissues.

Christened speckle contrast optical spectroscopy (SCOS), the technique has been developed by a team at ICFO, Spain, and Washington University in St. Louis, USA. Having trialled the method on liquid phantoms, a simple in vivo experiment examining a human forearm has shown the real-world viability of the technique.

The work was published in Biomedical Optics Express.

A number of optical methods for assessing blood flow are already available, but SCOS has been conceived as a means to tackle some of their disadvantages.

When it comes to spotting blood flow in deeper tissues, one established method is diffuse correlation spectroscopy (DCS), in which the fluctuations of scattered near-infrared light shone onto the skin is taken as indicating the flow of red blood cells further beneath the surface.

Although simple in principle, DCS requires some complicated hardware and computation in order to catch and assess photons that have undergone multiple scattering during their path to the surface.

"DCS is the most common, non-invasive optical method to measure deep tissue microvascular blood flow," commented Claudia Valdes of ICFO to Optics.org. "It uses photon diffusion theory, and can probe tissues several centimeters below the surface. But it employs single-photon detectors, so scaling up the process to significantly large detector channel counts is expensive."

In LSF, the scattered light emanating from an illuminated tissue is recorded by a relatively simple CCD or CMOS camera, which integrates the dynamic speckle pattern over a period of time. LSF uses a uniformly illuminated laser source, and probes only the top millimeter or so of the tissue.

"SCOS merges the advantages of relatively inexpensive detectors with high frame rates that LSF uses, and the quantitative deep tissue flow measurement capabilities of DCS," noted the team in their paper. "By using an array of two-dimensional detectors, SCOS has a broad field-of-view in a single-shot."

The result is a theoretically straightforward means to detect and analyze the speckle patterns formed when light has been scattered multiple times by red blood cells, and taken relatively long path lengths before emerging from the skin. But it required a substantial overhaul of the computational models involved, and the team essentially developed their own.

"This was done with a combination of new physical modeling and a new experimental approach," said Valdes. "An important step was the removal of systematic contributions due to various noise sources that altered the measured speckle statistics, including both shot noise and specific noise from the sensor."

Speckle contrast
Once the computational method was in place, the team applied SCOS first to tissue-simulating phantoms, and then to a real-world trial courtesy of a volunteer's forearm.

A 785 nm source illuminated a spot on the skin, while a 2.4 x 1.8 cm2 area of skin at various offset distances from the illuminated spot was imaged with a CCD camera. Although the removal of accumulated noise proved challenging, the use of relatively simple CCD technology worked to the team's advantage, allowing the acquisition of hundreds of samples in just a few seconds. The ability to capture and average a large number of speckles is one obvious route to maximizing the technique's signal to noise performance.

Rather than yielding blood flow results in direct volume or velocity terms, the team aimed to calculate a value for speckle contrast, a statistical parameter connected to the blurring of a dynamic speckle pattern recorded during an exposure. Direct comparison with the same parameter calculated by the other experimental procedures gave an indication of how well the new process was performing.

"We found that SCOS was a comparable technique to DCS, using a relatively standard CCD camera," commented Valdes.

Future improvements to the technique are now planned, including the assessment of other sources of noise inherent in CMOS and CCD detectors; and investigating whether SCOS can match the fine details produced by DCS measurements.