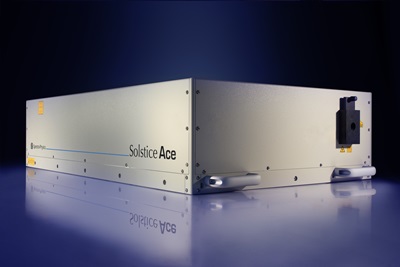 Newport has reported strong financial results for its latest fiscal quarter, with sales of $153.2 million slightly exceeding its earlier guidance and helping the company to beat its own profitability targets.

CEO Robert Phillippy told investors that following the 14 percent year-on-year sales increase, Newport was in position to deliver a “very successful” 2014, despite something of a pause in demand from the semiconductor equipment market.

Record-breaking margins meant that Newport was able to post a net income of $9 million for the quarter, up from only $2.6 million in the same period last year.

In past years, the semiconductor trend would have proved a big drag on Newport, but the company’s recent strategic diversification means that it is now far less reliant on this industry, and less exposed to its perennial peaks and slumps. The company's Ophir division again contributed strongly to Newport's sales growth, posting its third successive quarter of record revenues.

That was combined with stronger scientific sales and a defense and security market that Phillippy said was starting to bounce back from its low water mark. The CEO also highlighted solid demand from OEM customers for its Quasar and Talon pulsed lasers, and pointed to $6.7 million in orders from the 3D printing sector as evidence of the growing opportunity in the emerging application.

V-Gen acquisition
Newport’s Spectra Physics laser division should be augmented by the acquisition of Israeli fiber laser firm V-Gen before the end of the current quarter. That is expected to add up to $20 million in annual sales.

Asked about the strategic thinking behind the V-Gen deal, Phillippy likened the move to Newport’s previous acquisition of ultrafast laser specialist High-Q Technologies back in 2011, in terms of its scale and in the differentiated technology it has developed.

“Their technology plays into our sweet spot of applications focus, [meaning] high precision and not necessarily high power,” explained the CEO, adding that V-Gen would benefit from the global marketing channels enjoyed by the Spectra Physics laser division.

V-Gen has developed lasers operating with output powers ranging between 5 W and 200 W, at wavelengths spanning the ultraviolet to infrared region. These are aimed at precision applications such as in mobile handset and PCB production, rather than metal cutting and welding.

The company, headquartered in Tel Aviv and with an office in Shenzhen, China, won a Prism Award earlier this year for one of its ytterbium-doped fiber lasers, which feature tunable pulse durations and pulse-shaping technology.

Phillippy hailed the firm’s proprietary approach, saying that its innovative designs were based around a very efficient laser architecture that combined high performance and precision with competitive pricing.

H2 expectations
Off-setting the anticipated softness of the semiconductor sector in the near term should be stronger performance in medical applications, where Newport is expecting significant orders for laser surgery applications later in the year.

"Our financial results for the second quarter and first half of 2014 highlight the strength of our business and the continued successful execution of our strategic plan,” said the CEO. “We also expect to continue our track record of generating strong earnings and cash flows on increased sales levels."