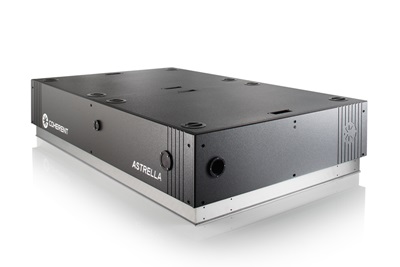 Californian laser vendor Coherent has reported what CEO John Ambroseo described as a “decidedly mixed” financial quarter, with sales and profits below target levels but very strong orders for applications in flat-panel display production and medicine.

At $196.5 million, sales were down 8 per cent on the same quarter last year. That was attributed in part to the delayed shipment of laser equipment for processing sapphire.

Coherent’s CFO Leen Simonet told an investor call to discuss the results: “Originally we anticipated approximately $3 million revenue against this order in the third quarter but instead, due to a delay in process qualification of the customer’s tool, we began recognizing revenue in the beginning of our fourth quarter.”

On the bottom line, profits were hit by the lower sales and some price reductions, with Ambroseo describing the resulting lower margins as “far from acceptable”. Net income of $13 million represented a decrease from the $16.7 million posted a year ago.

However, Ambroseo and Simonet were able to take the positives from another very strong quarter for bookings. At $244.5 million in the quarter these were up nearly 30 per cent compared with a year ago, and the company reported an extremely strong book-to-bill ratio of 1.24.

Scientific orders bounce back
The CEO also highlighted strengthening orders in the scientific sector, which has been hit by reduced government spending levels in recent quarters. Rebounding demand in the US and Europe was mostly centered on ultrafast lasers, which accounted for roughly two-thirds of the $28.8 million orders here.

Ambroseo picked out the emerging application of optogenetics – widely seen as a critical tool in neuroscience and brain research – as a growth driver in the scientific sector. “Optogenetics is still among the hottest research topics,” he told investors. “Western scientists have pioneered the field, but Asian researchers are joining the fray.”

That research is now starting to move into the commercial realm, with high-performance imaging systems needed by a variety of start-up companies, Ambroseo added. As a result, there are new requirements for the laser sources used in these systems, and the CEO said that Coherent would be launching new lasers for the growing field in its fiscal 2015, which starts October 1.

On the instrumentation side, Coherent is pursuing potential applications of its “HOPS” (high-power, optically pumped semiconductor) platform for rapid DNA sequencing, with Ambroseo expecting decisions on deployment sometime next year.

In the semiconductor space, continued delays with the implementation of extreme ultraviolet (EUV) lithography is something of a positive for Coherent. Chip makers using double-patterning techniques instead of introducing EUV need twice as many inspection and metrology process steps, meaning extra lasers.

However, those orders are for 1 kilowatt lasers, with Coherent’s commercial launch of multi-kilowatt sources not anticipated until 2015. And while Ambroseo declined to clarify exactly what he meant by “volume” orders, he did concede that Coherent would not hit its targeted $10 million in fiber laser sales in the current financial year.

With more than $300 million in cash and equivalents now listed on its balance sheet and expectations of a step-up in sales and cash generation in the near-term, the company is now planning a $25 million buy-back of shares, while Ambroseo hinted strongly at future acquisition activity, telling investors:

“We expect to deploy some of this cash towards accelerating revenue growth through M&A.”

Sales in the current quarter – the final one of Coherent’s fiscal year 2014 – are expected to bounce back a little, with revenues of between $205 million and $213 million predicted. However, that is lower than the company had been hoping for previously, and largely the result of lower service revenues and the knock-on effect of the delayed sapphire orders, which is likely to push a follow-up deal into the fiscal 2015 period.