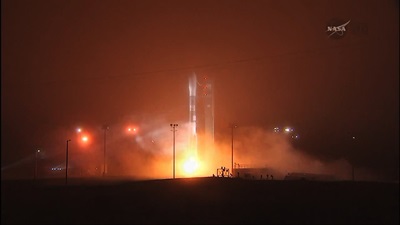 NASA’s Orbiting Carbon Observatory (OCO-2) mission, a direct copy of the original OCO project that failed to reach orbit in 2009, has been launched from Vandenberg Air Force Base in California.

The payload features three high-resolution spectrometer units that are designed to measure the concentration of carbon dioxide gas in the atmosphere in greater detail than has previously been possible – giving environmental and climate scientists a much clearer picture of how the Earth “breathes”.

Assuming that it is deployed into orbit successfully this time around, OCO-2 will measure carbon dioxide concentrations using infrared spectroscopy.

It will be NASA’s first Earth remote sensing satellite dedicated to studying atmospheric carbon dioxide from space, collecting 24 data measurements every second while it is operational.

In February 2009 the original OCO payload failed to reach orbit after what had first appeared to be a successful launch, when the orbiting craft failed to separate from the Taurus XL rocket that had carried it into space.

However, in December 2009 a US Congress committee rescued the mission by directing NASA to allocate $50 million towards OCO-2, a direct replacement of the lost payload. After a design review, launch – this time via a Boeing Delta II rocket – was set for July 2014. 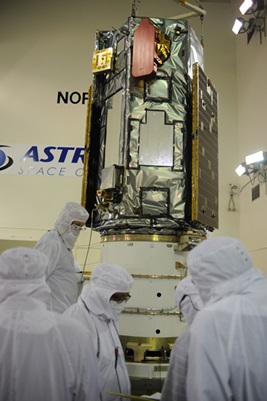 Data capture
The principal science objective of the mission is to retrieve a global geographic distribution of carbon dioxide sources and sinks, which it will measure indirectly based on the characteristic absorption of light by the greenhouse gas.

To do that, OCO-2’s spectrometers will record the intensity of sunlight reflected off the Earth at specific wavelengths, concentrating on gathering data close to the surface of the planet’s surface, where almost all of the sources and sinks are located.

According to NASA’s Jet Propulsion Laboratory, which has built the payload, one of the difficulties in reaching these sources and sinks is that the light detected by the instrument must penetrate all the way through Earth’s atmosphere.

Any clouds, aerosols or even mountain ranges can block the light, generating an incomplete measurement of the full atmospheric column. To reduce uncertainties, OCO-2 will acquire large numbers of densely spaced samples, each covering an area of around 3 km2.

The mission designers selected three specific near-infrared wavelength bands to monitor, corresponding to light absorption by oxygen gas and two carbon dioxide absorptions – one weak and one strong. The weak absorption, at 1.61 µm, is useful because it yields surface concentration information, and no other atmospheric gases absorb in that spectral region.

OCO-2 will measure light intensity over all three bands at the same location on the Earth's surface simultaneously.

Oxygen concentration, which is far higher than carbon dioxide in the atmosphere and constant, will be monitored (at 0.76 µm) as a reference measurement for the much less abundant greenhouse gas.

The oxygen absorption will also indicate the presence of any clouds or optically thick aerosols in the column being monitored, and tell the mission scientists the optical path length of solar light passing through the atmosphere.

The strong carbon dioxide absorption, at 2.06 µm, will provide an independent measure of the gas abundance. That wavelength is also highly sensitive to the presence of aerosols and variations in atmospheric pressure and humidity along the optical path.

OCO-2 will eventually be positioned in orbit to fly in loose formation with a string of other satellites carrying many other instruments including the Atmospheric Infrared Sounder (AIRS) and the Tropospheric Emission Spectrometer (TES). Built to address other scientific objectives, these two instruments will monitor other important carbon-containing gases in the atmosphere, including methane and carbon monoxide.

The first OCO-2 data is expected some 45 days following the launch, in mid-August, once the satellite is positioned in the ideal spot. OCO-2 launched from Vandenberg as this is the only site on US soil from which the required polar orbit can be achieved, said NASA.