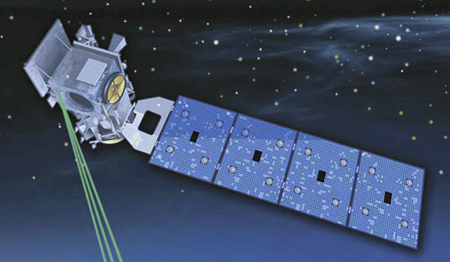 Some of the overrun, which means the project’s final cost will be 35% higher than NASA’s $560m expected cost at the 2012 launch, will be covered by funds transferred from other Earth Science missions that have cost less than expected. The launch was originally scheduled for mid-2016 but with the extended development of the laser altimeter, it is likely to be delayed until mid-2017 or later.

NASA spokesman Steve Cole last week told optics.org, "The ICESat-2 mission is currently undergoing a repositioning of its budget and launch date. It is likely that the project will need an additional $200 million to move forward toward a launch date in the 2017-2018 timeframe. The official go-ahead with this plan is still under review, however. We expect to have the new plan approved within a month or two."

ICESat 2's problem lies in the development of its Advanced Topographic Laser Altimeter System, the satellite's only instrument. The altimeter will fire visible, green laser pulses 10,000 times per second as the satellite flies in a 307-mile-high polar orbit.

The altimeter's contractor is Fibertek while Orbital Sciences is under contract to build the ICESat 2 spacecraft. The laser altimeter on ICESat 2, a different type of sensor than the laser flown on the earlier ICESat mission, will produce estimates of ice sheet thickness and mass to see how polar ice is eroding away as global temperatures rise. IceSat-2’s photon-counting Advanced Topographic Laser Altimeter System instrument is being built by the agency’s Goddard Space Flight Center in Greenbelt, Md, USA. 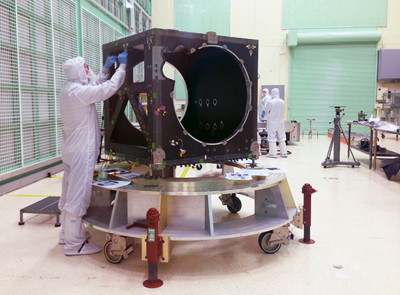 Why study ice?
NASA says that understanding the causes of changes in the cryosphere – the Earth’s icebound zones – remains a priority for Earth science research. Its first ICESat mission, which operated from 2003 to 2009, pioneered the use of laser altimeters in space to study the elevation of the Earth's surface and its changes.

As a result of ICESat's success, the USA’s National Research Council's 2007 Earth Science Decadal Survey recommended a follow-on mission to continue the ICESat observations. In response, NASA tasked its Goddard Space Flight Center with developing and deploying the ICESat-2 mission, which is now scheduled for launch in 2017.

The primary goals of the ICESat-2 mission are consistent with the NRC's intention to deploy a spaceborne sensor to collect altimetry data of the Earth's surface optimized to measure ice sheet elevation change and sea ice thickness, while also generating an estimate of global vegetation biomass.