ULIS launches megapixel thermal sensor with a panoramic field of view, while BAE reduces the pixel size of its camera cores to 12 microns. 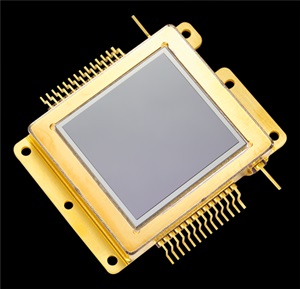 Military and commercial users of thermal imaging have new options to select from, with news that both the French company ULIS and UK-headquartered BAE Systems are offering technology upgrades.

Grenoble-based ULIS, which offers infrared imaging from the full range of sensor materials, is showing off the second generation of its “Pico1024E” product at an exhibition in Paris this week, claiming that it provides a new level of threat-detecting performance.

Thermal sensitivity for better targeting
The thermal image sensor is based on a 1024 x 768 array of 17 µm pitch pixels, with ULIS claiming higher thermal sensitivity and a faster frame rate frequency alongside the lower power consumption.

Future users could include helicopter pilots and drivers of land vehicles, who would stand to benefit from the real-time thermal imaging either for night vision or situational awareness in difficult weather or dusty or smoky conditions.

Other technological improvements include an increased frame rate frequency of more than 100 Hz to enable fast target tracking, while ULIS claims that the lower power consumption of only 200 mW is at least twice as good as any competing products. 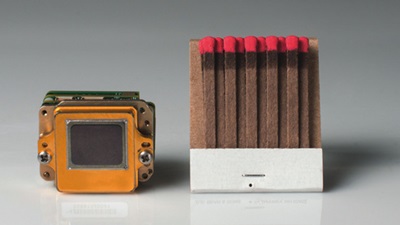 Smaller systems from BAE’s new 12-micron core
Meanwhile BAE Systems is claiming that its new uncooled 12 µm pixel technology will dramatically reduce both the size and cost of thermal imaging for both military and commercial users, and inspire a “new class” of systems.

Based on the “TWV640” thermal camera core - and the latest addition to the company’s “MicroIR” product family - it is said to be the first commercially available uncooled 12 µm pixel technology offering.

“Reducing the pixel size from 17 to 12 microns allows imaging system manufacturers to reduce lens size by 50 per cent and decrease optics costs by 20 per cent, without compromising image quality,” claims the firm.

“As the first to deliver a 12-micron thermal camera core, we’re providing our customers a tremendous competitive advantage, helping them drive down system costs while providing superior imagery typically associated with our MicroIR products,” said Christian Rodriguez, a business development manager at the giant defense contractor.

It is said to be compatible with off-the-shelf lenses from the usual optical component vendors, and with standard interface protocols, and suited to a wide range of applications including day/night security cameras, firefighting vision systems, process monitoring, handheld targeting systems, automotive cameras, and thermography systems.