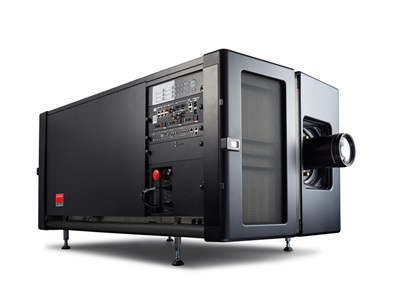 The Californian laser developer Necsel has signed an exclusive deal to supply the visible-range sources that will feature in new digital projectors developed by the cinema pioneer IMAX.

IMAX sees laser projection as a way to increase on-screen brightness and image quality – critical for its giant-sized screens, and in particular for 3D image projection, the quality of which suffers when low-brightness sources are used.

Necsel’s technology includes each of the red, green and blue laser sources needed in the projector systems. The Milpitas firm won a Prism Award earlier this year for its 532 nm green laser, and was boosted last month by a ruling from the standards-setting International Electrochemical Commission (IEC) that laser projectors should be classified in the same way as lamp-based systems.

That was welcomed by the Laser Illuminated Projector Association (LIPA), which said that the decision would "lift a significant market burden on the projection industry", and pointed out that virtually all countries based their safety regulations on IEC standards.

William Mackenzie, Necsel’s founder, chairman and CEO, said of the IMAX supply deal: "We are honored to have been selected in this capacity by IMAX. Necsel's technology is transforming cinema projection and we look forward to helping IMAX redefine the premium movie-going experience with its next-generation laser product.”

The new projectors from IMAX incorporate intellectual property that the company licensed exclusively from Eastman Kodak, and rely on system expertise provided by the Belgium-based displays giant Barco.

IMAX says that the laser systems will enable its largest screens to deliver digital imagery with improved brightness and clarity, a wider color gamut and deeper blacks. The first such laser systems are expected to start appearing in theaters by the end of this year, while IMAX said last summer that one would appear in South Korea during 2015.

Shanghai to Hilversum
The deal between IMAX and Necsel comes as digital laser projection appears finally to be gaining momentum in theaters around the world. Last week Christie Digital unveiled what it described as the world’s “first permanent, commercial pure laser projection system” in China.

Christie’s new laser system is said to offer a maximum brightness of 72,000 lumens – a huge increase on the maximum 34,000 lumens that was possible with its xenon lamps.

“Not only does this greatly increase the brightness when viewing 3D content, it also further pushes the capability of high quality visuals and art forms to new heights and restores cinematic colors to its intended realism and brilliance,” says Christie.

Meanwhile Barco has signed a deal with the Dutch cinema chain JT Bioscopen that will see Barco’s laser projectors installed at a new seven-screen multiplex in Hilversum.

“For our new Hilversum Media Park multiplex, we really wanted to push the envelope on the experience we offer our audiences,” said Albert Jan Vos, the managing director of JT Bioscopen, in a company statement.

“As an early adopter we’ve always favored Barco’s cutting-edge digital cinema technology, and we are overwhelmed with pride to be pioneering state-of-the-art laser-illuminated projection in The Netherlands – a true revolution in the industry and a key differentiator for the cinema experience.”

Barco hires "laser guy" Bill Beck
Barco also announced that photonics entrepreneur Bill Beck, the co-founder of laser projection firm Laser Light Engines and also the key main behind the establishment of LIPA, would now be working with its R&D and sales teams as the market for the new technology begins to emerge. 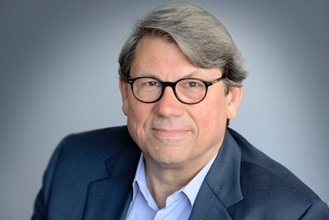 "High-brightness laser projection is still in its early stages," says Beck. "By collaborating with Barco’s R&D team, I will help the company leverage the long-term potential of laser technology, which offers dramatically reduced operating and maintenance costs, as well as lower power consumption, as the technology matures."

"But most of all, I am excited about the opportunity to play a pivotal role in developing the future products and applications that laser technology will enable."