First UV-LEDs to be based on native aluminum nitride substrates are aimed at applications in analytical instrumentation. 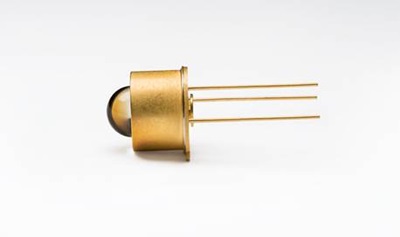 Optan LEDs from Crystal IS

Crystal IS, the New York company that is developing novel short-wavelength ultraviolet LEDs, has released the new “Optan” range – said to be the first commercial semiconductors based on native aluminum nitride (AIN) substrates.

It hopes that the technology, based on years of painstaking research into what is a notoriously difficult material to produce in crystal form, will find use in analytical and life sciences instrumentation, for applications in pharmaceuticals manufacturing or analysis of drinking water.

Crystal IS describes the availability of its UVC LEDs (UVC is defined as 255-275 nm, “germicidal” light capable of breaking chemical bonds in DNA) as a “breakthrough” for design engineers frustrated with the limitations of traditional UV sources like deuterium and xenon flash lamps. It claims that Optan will enable instrumentation OEMs to improve productivity, increase accuracy and create greater flexibility in their product designs.

CEO Larry Felton said in a statement: “This is an exciting time for Crystal IS and an achievement for the semiconductor industry as a whole. Optan will help instrument manufacturers build smaller, more powerful tools and products with a lower overall system cost.”

The Optan LEDs are now available with peak emission wavelengths between 250 nm and 280 nm and power bins ranging from 0.5 mW to 2 mW, with the kind of high spectral quality and reliability required for spectroscopic applications. Full availability for all bins under 3 mW is anticipated in the next quarter, followed by higher power bins of up to 4 mW later in the year.

“Native” substrate critical
Critical to the development of the company’s high-performance UVC emitters is the low-defect AIN substrate, which Crystal IS describes as a “game changer” for makers of spectrometers and analytical chemistry equipment.

That is because the critical layers of the semiconductor stack that generate the UV emission are made from alloys of a very similar material. When deposited on the “native” AlN substrate epitaxially, they experience far less stress and strain than those grown on a “foreign” material, and consequently show much better performance.

Key figures of merit for research-level chips fabricated by Crystal IS that demonstrate the AlN-enabled performance include an output power in excess of 20 mW, drive currents of up to 300 mA and lifetimes beyond 1000 hours.

In 2012, French analyst company Yole Développement said that the development of large (i.e. 2-inch diameter) AlN substrates would be a key market driver, as it would help to reduce the cost of UVC LEDs to an acceptable level, though that has taken longer than expected.

Key advantages
Crystal IS told optics.org that the monochromaticity of the Optan LEDs was a key advantage for monitoring applications, as the specific emission wavelengths allow for measurement of specific variables such as DNA concentration, protein concentration, or water quality.

In contrast, traditional UV lamps emit at multiple wavelengths, meaning that filters are needed to screen out the unwanted light. “UVC LEDs offer a light source where all the light is available at or near the specified wavelength,” said the firm.

It adds that the LEDs are both cheaper than existing deuterium or xenon flash lamps, and will also provide for a lower total system cost. “These UV lamps require expensive power supplies and filters/optics to screen out unwanted wavelengths, while the LED does not,” it explained. “A typical LED-based system can cost 50 per cent less than an equivalent UV lamp-based system.”

And while the wall-plug efficiency of the Optan range is only in the “few percent” range, for instrumentation a more relevant comparison is the total power consumption – especially since the UV lamps emit over such a broad range of wavelengths.

“Optan delivers more light at a given wavelength than a 20 W Xenon flash or deuterium lamp,” says the firm. Consequently, there are significant energy savings in LED-based systems, which could also be driven by battery power, or using solar energy.

RPI spin-out
Crystal IS, which was spun out of the Rensselaer Polytechnic Institute back in 1997 by current CTO Leo Schowalter and Glen Slack, was acquired by the Japanese industrial giant Asahi Kasei in 2011.

That move, which was accompanied by a focus on LEDs rather than only the AlN material, was regarded as significant by Yole Développement, which then predicted that widespread adoption of UVC LEDs would start this year - and that the nascent market for all UV LEDs would reach $150 million by 2016.

Crystal IS expects the most popular initial application of Optan LEDs so be in high-performance liquid chromatography (HPLC), an analytical technique used to separate and identify different chemical constituents from a mixture, as well as water quality monitoring. “We have a number of lead users evaluating Optan in their existing and emerging applications,” the firm said.

And while its new product line is specifically tailored for instrumentation, the core LED-on-AlN technology can also provide the kind of output power needed for disinfection applications – at low water flow rates.

Crystal IS says that it plans to address these applications with a specific product. To treat higher flow rates, a larger number of more powerful LEDs would be required, but this ought become feasible as the dollar-per-Watt cost of the material platform decreases with time – analogous to the trend already seen with gallium nitride (GaN) LEDs, which is behind the emergence of solid-state lighting as an affordable lighting technology.