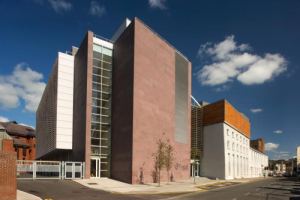 Cardiovascular diseases represent a common cause of death in an aging population, and effective ways to spot the illness as early as possible are increasingly being called for by doctors.

One answer could be taking shape in the NISTAS project, a pan-European consortium which launched in May 2014, funded under the EU's FP7 research umbrella.

NISTAS, derived from Non-Invasive Screening Of The Status Of The Vascular System, intends to develop and commercialize a method of diagnosing cardiovascular illness in a cost-effective and patient-friendly manner using an optical technique, rather than more invasive catheter approaches or expensive MRI scanning operations.

Stephen Hegarty, a principal investigator on the project and researcher at Ireland's CAPPA research center and the Tyndall National Institute, told Optics.org that the project is still at an early stage, but has its sights on a potentially simple and versatile approach to the problem.

"When you take a pulse with your fingers against the side of the neck, you are feeling a pressure wave in the carotid artery," he said. "The velocity of that pressure wave is the variable of interest, as it can indicate the vascular health of the patient. The arterial stiffness is a recognized predictor of cardiovascular risk and mortality."

NISTAS will exploit this connection by developing an instrument called VascuLight, using a theoretically straightforward laser triangulation operation to record the movement of an accessible superficial artery, such as the carotid or arteries in the arm or the leg.

Non-contact triangulation
Laser triangulation as a means to monitor position is an established technique, and the NISTAS team is designing an optical unit - potentially mounted on a smartphone - to take patient measurements in a non-contact fashion.

The principle is attractively straightforward, but NISTAS anticipates facing some challenges. The desired timescale for the project is relatively short, and a new signal-processing system, capable of extracting the required displacement information from the dynamic light images detected by a two-dimensional optical detector, will be called for. That processor will implement repeated measurements of the artery parameters over an interval of time, while the unit evaluates the status of cardiovascular system.

"The non-contact aspect is very important," commented Hegarty. "A lack of disposable items or sterilizable components will make things easy for the clinics. We envisage being able to take voluntary measurements from patients who have attended the clinic for other reasons, without anxiety or distress for them. The local measurement at one point on a specific artery will take about 20 seconds, and the total screening time for each patient should be less than five minutes, including the time for the alignment of the VascuLight optics."

Building up a healthy amount of baseline data will be another important aspect, since although the value of such measurements for monitoring cardiovascular health is undoubted, there is still plenty for doctors to learn and understand about the relationship between the artery movement and what it can imply about the patient.

"At present the toughest challenge we see is the speed with which we want the project to progress, since our medical partners would like the device to be in a usable form within a short space of time," commented Hegarty. "Currently we are investigating the exact configuration of the optical unit and what light source it will use. Illumination techniques for human skin normally use red light, which allows deep penetration but produces scattering and a diffuse image. We will instead be working in the deep blue range, and are developing strategies to ensure a low-speckle source."

Blue illumination could also allow the project to benefit from the availability of diodes already developed for Blu-ray units. "It's not yet determined which wavelength of light would be the optimum, but if we can piggyback on existing wafer technologies, then we will," noted Hegarty. "That's where the costs are going to be knocked out of that component."

The NISTAS partners are: Tyndall National Institute, Epi-Light and Open Innovation Partners, all from Ireland; Julight, Eudax, Policlinico San Matteo, and the University of Pavia (all Italy); Saphyrion and Eclexys (both Switzerland), with the project co-ordination based at Eclexys.

• NISTAS represents a continued collaboration between Tyndall National Institute and Cork Institute of Technology (CIT), whose CAPPA research unit is based at Tyndall. The relationship has been valued at over €50 million to date. Tyndall, University College Cork and CIT have between them reached €75 million in EU research funding in over 260 research projects, and are actively pursuing the Irish government's target of winning €1.2 billion under the EU's Horizon 2020 framework.

Last month, Tyndall and CIT signed a new memorandum of understanding, stating an intention to strengthen the collaboration between the two institutions even further.