Combination of wide-angle views and ultra-high resolution could be used in ocean searches. 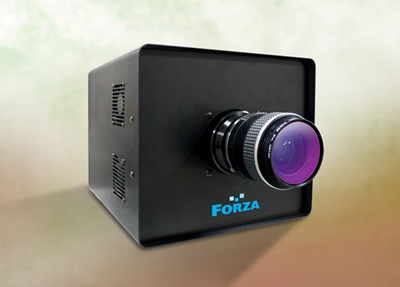 Searches of vast areas of ocean like that for the missing Malaysian Airlines flight MH370 may benefit from Forza Silicon’s newest camera system, the 100+ MP CAM Platform, in the future.

Forza’s booth at the recent SPIE DSS 2014 exhibition in Baltimore displayed the high-speed platform with a customizable CMOS image sensor. It could be placed in a surveillance plane to provide both wide-angle viewing and the kind of resolution needed to identify pieces of debris from a distance.

Forza, of Pasadena, California, offers specs of 60 frames per second and remarkable resolution of 130 to nearly 200 megapixels in monochrome or color.

Superzoom for sports
Its platform is scalable, to employ additional electronics processing stacks, customizing the sensor to tailor the array format, frame rate, and power dissipation to meet requirements of defense, aerospace, automotive, and medical imaging devices. It can reconfigure for lower resolution and lower power demand.

Jonathan Bergey, director of business development for Forza, said the company achieved its high resolution using proprietary analog to digital converters converters on the chip. “That’s a big piece of it,” Bergey said.

Placed in, say, an unmanned aerial vehicle (UAV), or a Cessna aircraft flying over an urban area, the Forza could monitor people or traffic, store the data, and let the user look back in time to see who was where. “And with a lot of detail,” said Bergey.

Other applications might include sports broadcasting where an instant “superzoom” was needed, although the 100+ MP CAM Platform is aimed mainly at global security and surveillance markets.

It can be customized to allow for fast integration into multiple camera hardware designs and applications, and is intended to help drive development of similar next-generation cameras to enable integration into much smaller systems with digital single-lens reflex (DSLR) cameras or platforms, Forza said.