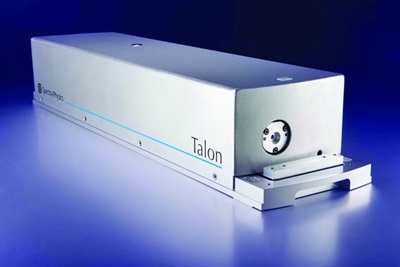 California-headquartered photonics firm Newport has reported a 10.8 per cent increase in sales for its first fiscal quarter of 2014, thanks in large part to a strong performance by its Ophir subsidiary.

The division, streamlined significantly since the 2011 acquisition by Newport, delivered record sales and profit during 2013, and that strong showing has continued through the opening quarter of this year.

Another strong quarter for Newport's laser division Spectra-Physics saw its sales reach $46.5 million as demand for the unit's various ultraviolet industrial sources continued to grow. In total, Newport was able to post sales of $146.9 million for the quarter, along with a 10 per cent increase in orders compared with the start of 2013.

Strong foundation
CEO Robert Phillippy said: "We are off to a good start in 2014, and our first quarter results provide us with a strong foundation to build on.” He added that the company is confident of delivering a significant increase in both sales and profit for the year as a whole.

“Opportunities for Quasar and Talon, our new ultraviolet lasers designed to enhance mobile device manufacturing, have been developing quickly,” Phillippy told investors. The two product lines are designed to complement each other in terms of power, performance and price. Quasar offers higher performance and flexibility where it is required, with Talon aimed at more budget-conscious customers.

“Quasar is the highest power single mode UV laser in the industry,” said the CEO, highlighting the power increase to 60 W announced by the company at February’s SPIE Photonics West event. Along with a pulse-optimizing “TimeShift” technology, it can be used to process difficult materials like sapphire, toughened glass and ceramics.

The Talon range now comprises a family of 6-15 W ultraviolet lasers, featuring what Phillippy calls a “disruptive cost-performance model” and aimed at a number of lower-power applications in mobile device manufacturing.

Defense in decline
Proving a much tougher environment at the moment is the defense and security market, where Newport reported double-digit declines of both sales and orders, compared with both the opening quarter of 2013 and the final three months of last year.

On the plus side, the fact that the defense sector now represents only around 10 per cent of Newport’s sales means that further declines should not affect the company too much. Phillippy believes that although long-term prospects for products such as infrared zoom lenses for drones remain strong, it will be some while before this market recovers.

The CEO is expecting sales in the current quarter to increase slightly, to between $147 million and $153 million – a level that would represent a minimum of 10 per cent annual growth.

The company’s stock was largely unmoved by the update. At around $19 in early trading on May 1, Newport’s market capitalization currently stands at just over $750 million.